Technicians from INIAP, Agrocalidad and CIBE make up the Raza 4 Command of Ecuador

Carlos Muentes  is the national head of the Sanibanano program   of the Agency for the Regulation and Control of  Phytosanitary and Zoosanitary (Agrocalidad)  and one of the members of  the Raza 4 Command of Ecuador,  a specialized group to prevent the entry of Fusarium Race 4 into Ecuador. 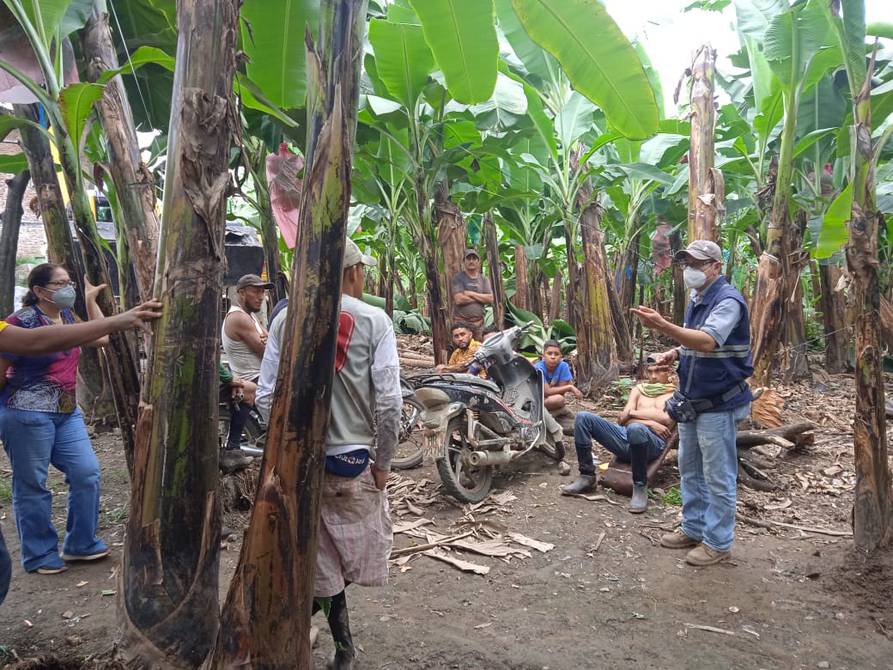 Technicians from INIAP, Agrocalidad and CIBE make up the Raza 4 Command of Ecuador

Fusarium Race 4 is a highly aggressive and contagious fungus that affects banana plantations and remains in the soil for more than 30 years. The plague has already devastated plantations in countries like Australia and the Philippines.

Muentes recalled that this initiative had its beginnings in 2017, through a technical resolution, when the fungus had not yet been detected on the continent. He indicated that the resolution allowed the public and private sectors to work together in the prevention of the fungus, which was later detected in Colombia, in August 2019; and in Peru, last April.

“These decisions to date bear fruit, that is, we remain a country free from Fusarium Race 4,” said Muentes, who assured that after the detection of the fungus in Peru, efforts were redoubled and they are working on an aggressive training plan and one for phytosanitary surveillance with Agrocalidad technicians and the private sector.

Mónica Gallo, general coordinator of Plant Health at Agrocalidad, is also part of the Race 4 Command  .

The official stressed that the actions come from further back, exactly since 2011 with regulations that have allowed Agrocalidad to take action against the plague, such as resolution 048 that prohibited the importation of musaceae plant material from those countries where the fungus was detected. .