‘Terminator: Genisys’ will have two sequels 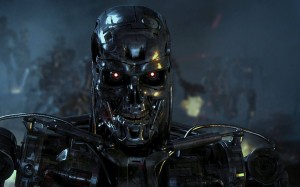 Fans of the “Terminator” series are in their best luck: “Terminator: Genisys”, to be released in July 2015, will have two sequels that will be released in 2017 and 2018, reported Saturday the U.S publication “Variety”.

A month ago Arnold Schwarzenegger revealed on Instagram the title of the fifth movie of “Terminator Genisys”, which will hit theaters next year with director Alan Taylor and starring the former governor of California.

The second part of “Terminator Genisys” will be released in May 2017 and the third in June 2018, reported “Variety”.