The 500 kV network is only for the country 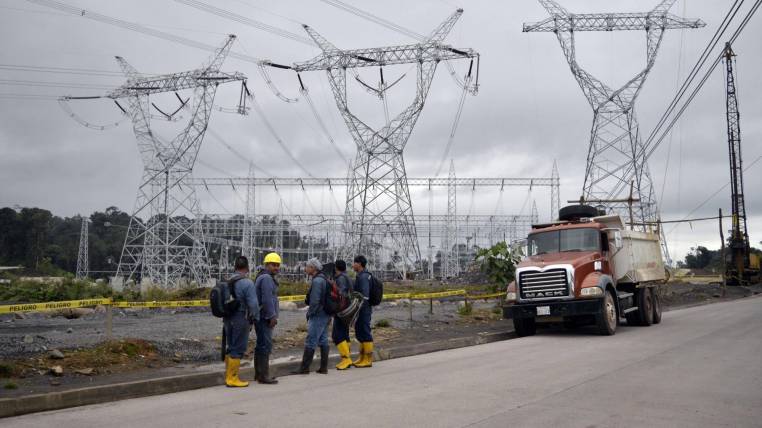 The electric transmission system of 500 kilovolts (kV), designed to evacuate the energy produced by the Coca Codo Sinclair and Sopladora hydroelectric plants requires complementary works to materialize the state’s plan to export electricity.

The energy project, which has a budgeted cost of $ 677 million, has not yet been completed, despite the fact that its completion was planned for 2006, as EXPRESO announced in a report published yesterday.

The new network is designed to bring electricity to the northeastern part of Ecuador -including the oil sector- to reinforce the transmission in 500 and 230 kilovolts and supply to the center of the country and the Guayaquil area.

According to the Electricity Corporation of Ecuador (Celec EP), in charge of the project, the country has 230 kV interconnections that have allowed it to sell energy, mainly to Colombia.

But to specify the export through the new transmission system it is necessary to capture a complementary project, which has not yet been executed, EXPRESO reveal ex authorities of the branch.

Eduardo Barredo, who from 2011 to 2015 was in the general management of Celec, states that, for example, to deliver power to Peru it is necessary to build a line from Guayaquil to Piura, in the territory of that country.

“For this, a joint design between both countries is required, clarifies Barredo, who recalls that, for that purpose, in 2014 there was an agreement at the ministerial level with Peruvian authorities.

For that work, which provides for the construction of a substation in Pasaje (El Oro), it was estimated a cost close to $ 200 million, he says.

Barredo was the one who signed the construction and inspection contracts for the 500 kV project, with the Chinese company Harbin International and the Belarusian firm JSV Belzarubezhstroy, in his order. He argues that the work did not have financing problems, but acknowledges that there were delays, for example, due to the change in the layout of the network.

“Yes there were delays and we had strong discussions with the contractor company, because we considered that it had to work with greater speed. But they are part of the situations that are presented in this kind of works, “he says.

This newspaper requested a version from Assemblyman Esteban Albornoz-Minister of Electricity between 2011 and 2016-but there was no response until the closing of this note. (I)