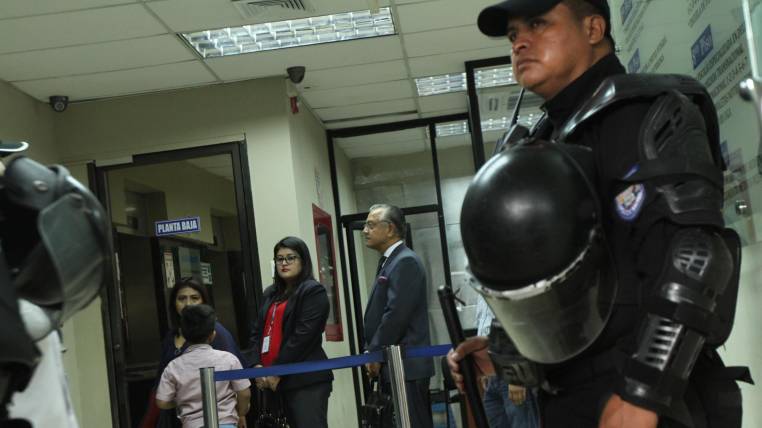 The Alvarado brothers, image and voice of the Correistas in the last decade, rendered version yesterday in the Attorney’s Office of Guayas about the unusual and unjustified operations detected by the Financial and Economic Analysis Unit in their accounts, in those of their companies and in those of his family.

Presumably, they moved more than 160 million dollars. To explain the transactions in detail, the two ex-officers appeared before the prosecutor Fernando Guerrero in Guayaquil. It is what was officially reported, because they were not seen. At least, publicly. Neither Fernando nor Vinicio. Neither the two together nor alone.

The first one arrived at 07:00, two hours before the schedule in which he was mentioned. And Vinicio, former Minister of Tourism and former Secretary of Public Administration, later entered, during the morning, through a back door. They left after four-thirty in the afternoon, also dodging the cameras and questions, while their representative Alexis Mera, Correa’s right-hand man as legal adviser during his government, gave statements through another door.

Of its first rendition of versions by criminal investigation hardly two dozen policemen were observed guarding the doors of the Office of the Prosecutor, the same number of journalists and a small group of citizens with faces that are familiar from other calls of the correísmo.

It is not known if the Alvarado brothers presented themselves in front of the authorities, if they had the appearance of having slept well or badly, if they wore three-day beards or if their shoes shone. Nor if they walked fast, if they responded with security or tension. Neither if they were accompanied by a relative or went alone. Nothing. The only certain thing is that the investigation process for money laundering has just begun and on Monday another one is added for embezzlement.

For the expenses of the “Sabatinas”

On Monday at 08:30 Fernando Alvarado must appear before the Prosecutor’s Office in Quito to render the version in a new investigation against him. The investigation that will specialize in the next week will be due to the fact and the result of the Comptroller’s report on the excess of spending on Saturdays, coinciding with his management as Secretary of Communication

Prosecutor Fabián Salazar went yesterday to the offices of the Attorney’s Office of Guayas to notify Fernando Alvarado of the process, taking advantage of his presence there for the investigation of money laundering.

According to Salazar, the new inquiry will involve another 10 officials, but no more details about who the facts attributed to them are, according to the reservation that, by law, maintains the preliminary investigation stage. The only thing that confirms that Fernando Alvarado has already been notified.

A report detected unusual and unjustified movements between 2010 and 2017, with increases in equity and transactions of more than $ 160 million. Money laundering is investigated.

The investigation by embezzlement against Fernando Alvarado responds to a report of the General Comptroller that puts in question the millionaire spending on “sabatinas”when he was secretary of communication. (I)