The Assange asylum reinforced: his communications with the outside are suspended 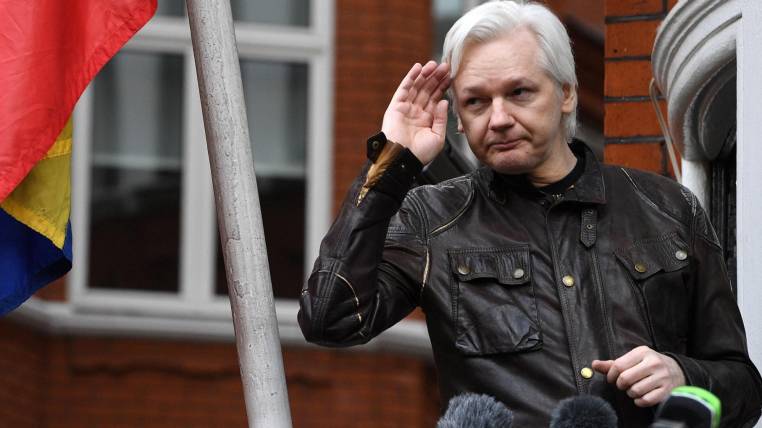 The breach of the commitment of “not to send messages that supposed an interference in relation to other States”, it was worth to Julian Assange the suspension of one of his benefits as asylee in the Ecuadorian embassy in London.

The Ecuadorian government decided to suspend the systems that allow the founder of Wikileaks to communicate with the outside world.

Although it is not precise what was the message that exceeded the patience of side of Chancellery, it could be related to two moments happened in this last week of March.

As Twitter is his biggest speaker, he criticized the British government’s decision to expel diplomats from Moscow in response to the poisoning of Russian double spy Sergei Skripal.

“Although it is reasonable that Theresa May (British prime minister) thinks that the Russian state is the first suspect, so far the evidence is circumstantial,” the activist said about that crime.

The British Secretary of State for Europe and the Americas, Alan Duncan, called Assange a “small wretched worm”.

The famous hacker from his Twitter gave him an answer to this and broke down the three words with which he described it: he accepted being “miserable” for having been locked up for eight years as a political prisoner in the embassy, about the “small” said he had no problem with the adjective, but in reality he is a tall person.

Foreign Minister Maria Fernanda Espinosa, reported on Wednesday that delegates from her ministry and lawyers from Assange will meet next week in London, after the government restricted communications to the journalist.

“We are assessing with our lawyers, there will be a meeting during the next week, in London, we will send a delegation from the Ministry of Foreign Affairs, with the team of lawyers of Mr. Assange, and we will explore what are the alternatives that the framework of international law allows us and our own legislation, “said Espinosa.

The statement came from questions from journalists about possible future actions to resolve the situation in the case once the government decided to cut Assange’s access to communications.

“He did not fulfill an agreement that he himself signed of silence and non-intervention in internal matters of other states, violated the commitment, so we have proceeded to cut off access to communications,” said Espinosa. (I)