The Assembly resurrects a border law that Correa filed 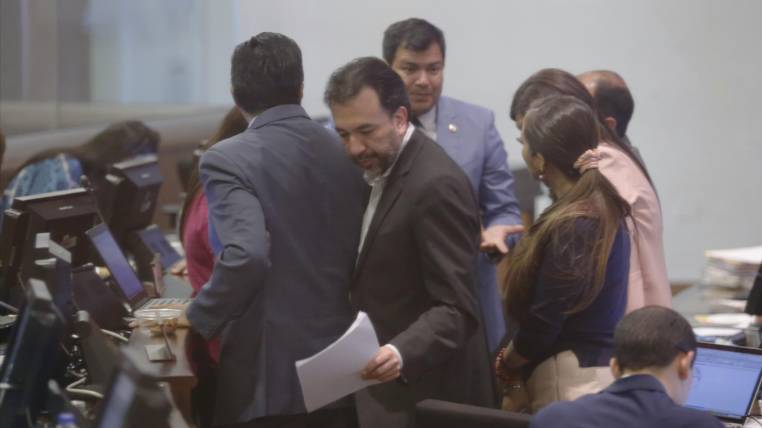 The support was massive. The Border Development Law was approved, yesterday, with 114 votes from the 115 Assembly members present. The support of the self-styled Alfarista Movement draws attention because, in 2012, the former president Rafael Correa -leader of the group- vetoed the project.

It also arouses curiosity that a norm, which could be retaken since 2013, hardly reaches 2018 in the plenary session of the Assembly. The moment of social commotion in the northern border caused the Legislature to resume a project that, if approved before, could alleviate the problems, for example, of Esmeraldas, according to the opposition assembly members.

Guillermo Celi (SUMA) told EXPRESO that Correa’s veto and the neglect of the previous legislative period are another example of the government’s mistakes of the self-styled citizen’s revolution.

At that time, Correa argued that the Government was already working in the border areas and that the regulations did not bring anything new. “They are simple statements that do not constitute mandates or prohibitions,” Correa said in his veto.

Celi recognizes, however, that dusting the law is not an immediate solution. The document will have to be reformed to be useful after six years of its preparation.

The Occasional Commission to deal with border issues will review the law and propose changes, for example, in the sources to generate resources for more works in the towns that border Peru and Colombia. One of the suggested alternatives is to use the surplus funds of the Solidarity Law created to address the reconstruction after the 2016 earthquake.

Carmen Rivadeneira, legislator of the group related to Rafael Correa, acknowledged that it could be a mistake to veto and forget the law that seeks to give economic and social stimuli to the border provinces. She, like the rest of her supporters, voted in favor of the project.

Gabriela Rivadeneira is also in the ranks of Correa. She prefers to look at the positive points of the border law instead of delving into the past. Now, he said, the Executive will have tools to boost provinces in the north of the country such as Esmeraldas, Carchi and Sucumbíos. Rivadeneira was president of the Assembly between 2013 and 2017.

The axes of the law

The border towns, according to the law, need to reinforce, and in some cases inaugurate, basic services. Electric Power, potable water, transportation, education, sanitation and health are needs that must be covered by the State. The approved project demands more work in these areas.

One of the points that can be optimized, according to the opposition assembly members, is the approval of customs procedures in the border provinces. The objective of the measure is to reduce steps and processes and allow all trade operations with other countries to have the same facilities.

The law approved yesterday orders that economic incentive mechanisms be promoted in the border provinces. Consider, for example, the elimination of taxes for new investments and the generation of credits for entrepreneurs. The text also seeks labor guarantees. (I)