The Caminosca case points at Jorge Glas and Esteban Albornoz 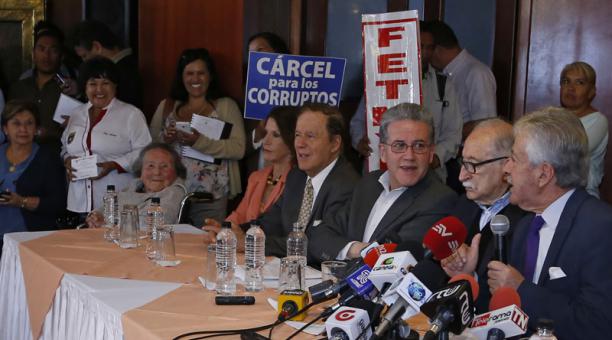 The criminal complaint points to vice president Jorge Glas, legislator Esteban Albornoz and five other state officials. In the 10-page brief, it is noted that these people allegedly received USD 3.3 million in bribes from Caminosca.

This company, established on May 13, 1976, supervised projects developed by the previous government, such as the construction of the Pascuales-Cuenca pipeline, the Toachi-Pilatón hydroelectric plant and the optimization of electricity generation in the Amazonian District.

That is why, yesterday, July 6, the National Anti-Corruption Commission filed the criminal complaint before the Secretariat of the Attorney General and requested Attorney General Carlos Baca Mancheno that the investigation not only focused on the Brazilian construction company but to also extend it to Caminosca. (I)