The case of Fernando Villavicencio concerns the IACHR 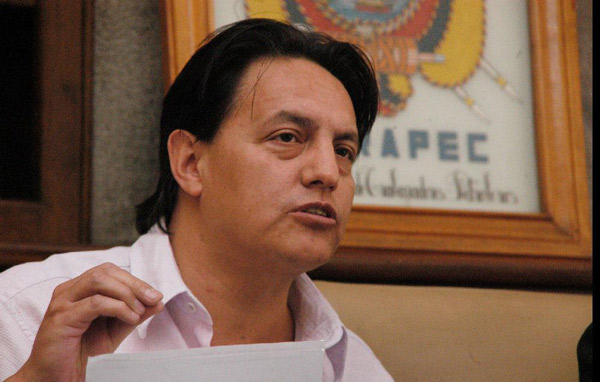 The Rapporteur for Freedom of Expression of the Inter-American Commission on Human Rights (IACHR), Edison Lanza, expressed concern about the legal situation of activist Fernando Villavicencio, who has published journalistic articles in the Ecuadorian and foreign media.

Lanza recalled that “Villavicencio has a very strong restriction,” as he bears an electronic device in his ankle as a precautionary measure for the alleged disclosure of emails sent by former government officials.

“Villavicencio is a journalist who investigated many of the corruption cases that president (Lenin) Moreno himself has said should be remedied. The fact that he has been persecuted for publishing information of public interest is of our concern … A shackle represents a hurdle,” he said. (I)

“We are Ecuador,” the new Lenin Moreno Support Front