The rumbling of the drums was heard outside the Convention Center of Guayaquil, Saturday night. Inside, in the Hall of the Presidents, the guests were welcomed to the sound of cymbals and the traditional octagonal drums representative of China.

In that space, where 1,500 people arrived, according to the organizers, the official language was Mandarin. The roar of the instruments, which were used in 1949 in that country to guide and mobilize communist troops in the confrontation against the nationalists, celebrated that night the victory of leader Mao Zedong and, therefore, the 70 years of foundation of the People’s Republic of China. 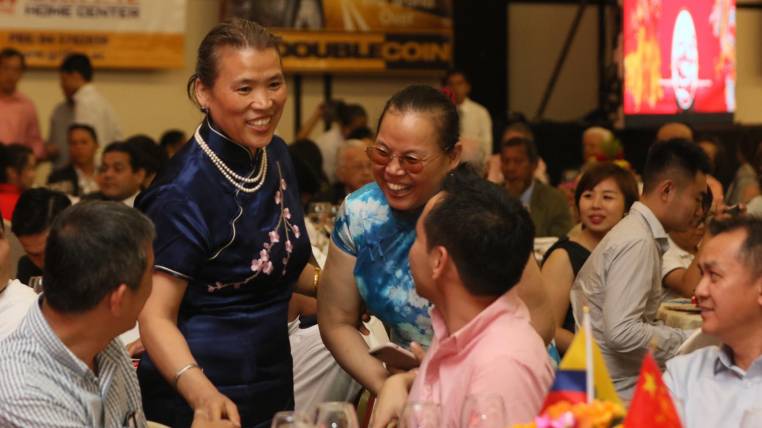 On the occasion of the date, in addition, five colonies of the Asian country, residents in Ecuador, met for the first time.

The evening began with the Lion Dance, a traditional dance to attract good luck. Three groups, each consisting of ten people, did acrobatics, giving life to lions of lighted colored paper.

“More than a century and a half ago, the Chinese countrymen arrived in Guayaquil and stayed. Guayaquil and Ecuador have become their home. Today is a very special day for the Chinese community, but also for Guayaquil, for the bonds of friendship that we have created, ”said the Chinese Ambassador to Ecuador and special guest at the commemoration, Chen Guoyou.

But there was more to celebrate. China is the second largest economic power in the world, authorities said. In addition, this community, for its different businesses, provides jobs and provides humanitarian aid and performs social work.

For these last actions, the mayor of Guayaquil, Cynthia Viteri, also invited to the event, gave the ambassador an agreement in recognition of that community. “They, for example, have greatly helped people with limited mobility with the delivery of wheelchairs,” he said.

The Buenos Aires authority announced that from the town hall the formalization of a Chinatown in the center of the city is being planned, which will be a tourist point of national attraction.

There were several artistic presentations, such as Dragon Dance by professional dancers groups, who with their qipaos costumes embellished the stage. The ‘Great Chinese’ choir sang native melodies, while images were projected simultaneously on the history, war and the era of poverty in China; and highlighted the courage of their men and the flag of the country. At that time, nostalgia seized faces, especially older assistants.

But then came the toast, dinner, selfies and vibrant spirits returned. The promoters of the meeting, who took advantage of the anniversary to unite the community, do not yet have in mind to replicate the meeting.