The communication, from right to a public service 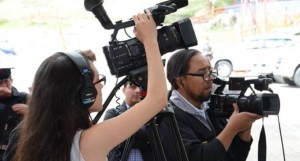 The right to communication is already stated as a public service in Section 5 of the organic law in effect for two years now. It is now intended to raise this definition to constitutional mandate.

In the report that the plenary of the Assembly will discuss in the second and final debate it is noted that the media has power and that´s why it is necessary that safeguards are established, through regulations.

However, these should be implemented within a framework of “unrestricted repect to the freedom of expression and the rights of communication.” But the opposition considers it is serious that the Constitution considers a fundamental right as a public service, as they are different concepts.

In this regard, the ruling of the Constitutional Court establishes that communication has a “double dimensionality.” It adds that constitutional rights must be implemented and enforced through public policies. The coordination of Alianza Pais and the authorities of the Assembly will hold today a meeting to define the date of voting on the amendments.