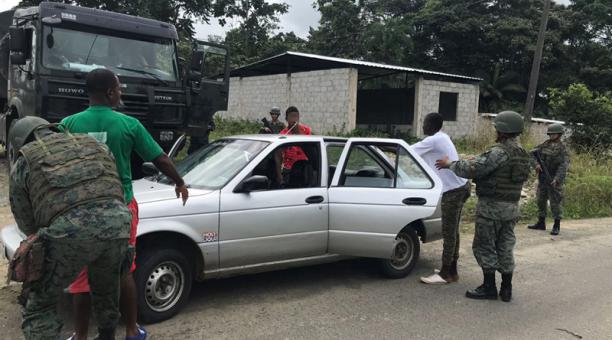 One of the strategies used by the Colombian Army to capture alias ‘Guacho’ is to intercept its telecommunications equipment. The soldiers have identified that the leader of the residual armed group Óliver Sinisterra uses three ways to talk to his collaborators.

The first is through high and short distance radio equipment. The soldiers know that the insurgent has distributed dozens of devices to all the squad leaders he has in Nariño, in Colombia. This was confirmed, for example, in an operation that the soldiers made last June 28, in El Chontal, Tumaco locality near the border with Ecuador.

There the uniformed seized 35 scanner radios used to coordinate the logistics of the shipment of drug shipments. That day, two tons of cocaine were seized, ready to be sent by the Pacific. The researchers analyzed the devices and determined that the dissidents used exclusive frequencies to avoid being intercepted.

A former FARC collaborator also gave details of this mechanism to the Police of that country, in mid-April. According to the ex-insurgent, the structure of the Óliver Sinisterra Front has Motorola radios, model T400-2. These are suitable for jungle territories and have a range of up to 56 km.

They are resistant to rain and their battery can last up to 25 hours. The investigators know that the armed group uses these equipment to also communicate with those in charge of the cocaine laboratories.

In contrast, for larger communications use the Motorola EP 350, which have up to 99 channels to talk.

The second route used by the leader of the dissidents to maintain the logistics of the group is through cell phones. They are mostly Colombian numbers, but military and police intelligence from Ecuador says they detected national numbers.

They are used to coordinate with the support and supply networks. Even the soldiers say that among the intercepted communications it was determined that ‘Guacho’ speaks directly with his informants from Tumaco and San Lorenzo (Esmeraldas).

In Ecuador, the Prosecutor’s Office also investigates these devices, since in May it was revealed that ‘Guacho’ was chatting and telephoning a mayor and two police colonels. In those conversations, the dissident identified himself as ‘Tigre’. The Colombian Army says that for each communication method it uses different names. For example, for the radio system is identified as ‘Black’, while his right hand alias ‘Cachi’ was called ‘Crazy’. He is now detained in Colombia.

Computers are the third communication mechanism. In Colombia, the Office of the Prosecutor analyzes two laptops found in an insurgent camp. In the teams, they have discovered documents and files of the operations of the armed group.

The data that most attracts attention are the names of Colombian and Mexican drug traffickers. The Colombian Prosecutor’s Office believes that through the computers, alias ‘Guacho’ contacts its allies abroad.

In addition, it saves the budgetary forms, lists of chemical inputs and the canceled values to the collaborators of the organization. In those lists are the aliases of Ecuadorians who lived in Mataje, one of the parishes where the criminal group has interference.

Yesterday, the Army of Ecuador reported the appearance of a person wounded by a bullet in that locality. In a statement, it was said that it is about 28 years old, that it crossed from Colombia and asked for help from the inhabitants of that locality. After verifying his identity, it was learned that he is from San Lorenzo. He was taken to a hospital.

The action is attributed to dissidents from the Óliver Sinisterra front, commanded by ‘Guacho’. The three victims were mobilized in a van when they were attacked with long-range weapons from different points of the road. (I)