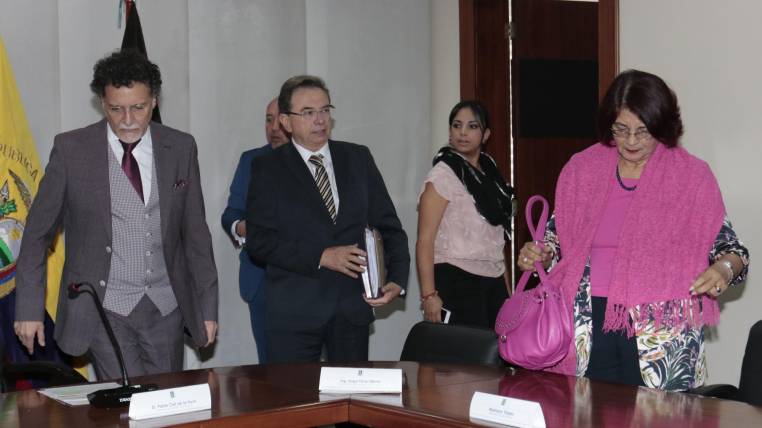 The legal proceedings against former President Rafael Correa are just beginning. The Office of the Comptroller continues to find civil and criminal liability against the leader of the self-styled citizen’s revolution for the economic management of his Government.

According to the report DNA3-0016-2018, issued by the control entity on July 4, Correa and its economic team issued Treasury Certificates (Cetes) without control and disrespecting the legal norms. These documents are issues that use as bonds. That is, they are delivered to obtain immediate liquidity. According to the Public Finance Code, papers cannot last more than 360 days and have limited uses.

The previous government omitted all that information. He offered Cetes for more than a year and used them to pay off debts or replace long-term bonds. According to the Comptroller, the amounts of the certificates are between 1,700 million and 2,300 million dollars.

The entity concludes, in the report that is already in the hands of the current Minister of Economy and Finance, Richard Martinez, that the five operations detected between January 1, 2016 and December 31, 2017, there are irregularities that legally implicate Correa and officials such as Patricio Rivera and Diego Martínez. They were part of Lenin Moreno’s Government in its infancy.

Unlike previous studies of public indebtedness, this includes movements of the current Government. The renewal of Treasury Certificates that have already expired, for example, would be in the study that was delivered to the State Attorney General’s Office.

During the study period, Carlos de la Torre was the head of the Ministry of Finance.

Pablo Celi, surrogate controller, explained that the reviewers of the first report of the debts contracted by Rafael Correa received the results of this new study. Verify the use of the Cetes was one of the pending derived from the analysis that was made to the management between 2012 and 2016.

It is not the only report that continues to review the illegalities of the past decade. Correa could be linked to other cases of criminal liability for the credits he obtained from Goldman Sachs, where he pledged state gold for money, and for the contracts his government made for advisory services. The Presidency, the Ministries of Economy, the Central Bank and even the National Secretariat for Planning and Development (Senplades) could have legal gaps when they hired lawyers and technicians who promoted the loans and indebtedness that are being questioned today. These reports will be published, according to Celi, in the coming days.

The presales of petroleum, the issuance of Decree 1218 – which hid the data of internal public debt – are also a reason for studies to the former president. The decree, for example, hid the amounts of the Cetes.

He does not accept the blame for the Cetes

The former president told EXPRESO that by law the Cetes are not counted as debt because they only last one year. “It is even stupid not to use liquidity, the Central Bank’s silver is our money. It is a bit of the reserve of the banks, but the rest are the deposits of the public sector itself. How can we die of thirst by the fountain? ”

Despite the defense, he said he did not authorize those Cetes. On Twitter, however, criticized the comptroller Pablo Celi for his decisions. (I)