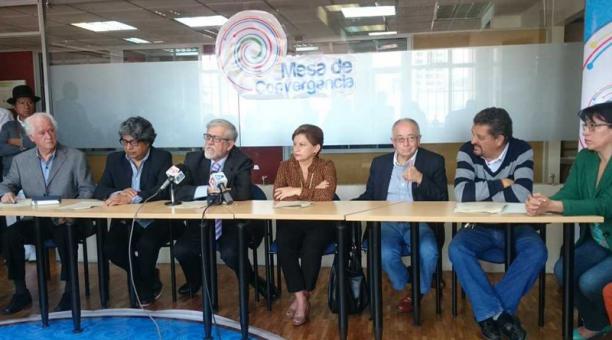 The proposals to form the Council of Citizen Participation and Social Control (Cpccs) transient multiply. The Convergence Board, which brings together 18 civil society organizations, presented on Thursday, February 8, 2018, its list of 24 names for President Lenin Moreno to consider to form the shortlists.

Milton Luna, representative of the Convergence Board, pointed out that the people who are suggested have extensive experience in social organizations. He also said that the list is plural and secular. Boris Cornejo, another member of the collective, pointed out that the current scenario will allow the institutionality of the country to be recovered. “Nothing can stop this democratic effort,” he said.

Some names on the list have already been suggested by the National Anticorruption Commission, such as Julio César Trujillo, María Arboleda, Martha Roldós, Zobeida Aragundi and Fernanda Vega. (I)