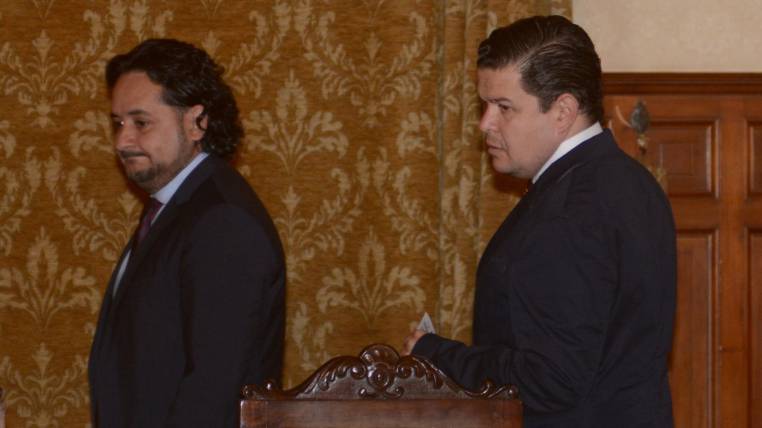 Rafael Correa ended up ‘breaking’ the Bolivarian bloc. The order of preventive detention that was dictated against him, on Tuesday afternoon, led to a diplomatic conflict with Venezuela and Bolivia.

Apparently, the former president expected a general reaction, “but the world looks the other way,” he acknowledged in an interview with the Russian state channel RT, the same medium in which the former president of the Republic maintains a space for interviews. “If this had happened in my Government with a political opponent I would already be in the International Court of The Hague,” he lamented.

Nicolás Maduro and Evo Morales sympathized with Correa and rejected the prison order against him. They, in line with the speech of the correístas, also spoke of the politicization of justice in Ecuador. And they blamed the United States. Morales even spoke directly against the Prosecutor’s Office.

And the Ecuadorian government reacted. “We demand, as a democratic government, the respect of neighboring governments to our division of powers and the work that the judiciary is doing. Any questioning of judicial decisions goes against the principles of the Rule of Law, justice and full democracy that prevails in our country, “said the Minister of Foreign Affairs, José Valencia.

Through the Foreign Ministry, formal notes of protest were sent for the statements of the two presidents. The ambassadors accredited in Ecuador were also called to explain the position of their governments. And not only that, the Executive called the Ecuadorian ambassador in Bolivia, Franklin Columba, and suspended the trip of the new representative in Venezuela, Fabián Solano, who was appointed last June.

For Valencia, the pronouncements of Morales and Maduro are an attempt “to discredit the democratic institutionality of Ecuador”.

Campaign in which Correa takes the lead. In social networks and in several international media, he sold the idea that he is a political persecutor. “I have an arrest warrant for the Ecuadorian injustice. Ecuador is not a State of Law, “he told RT.

He, in contrast to what the Prosecutor’s Office maintains, insists that there is no evidence to link him to the investigation of the kidnapping. In spite of that, he did not comply with the court order that obliged him to appear in the country on Monday. His contempt made him win the order of preventive detention.

At his side, at least in social networks, are also former presidents of the region as Ollanta Humala, from Peru, and Luiz Inácio Lula da Silva, from Brazil. The two are investigated in their countries for their participation in the corruption plots of Lava Jato and Odebrecht. Both are accused of receiving illegal contributions. In their messages of solidarity with Correa they also said they were victims of the “judicialization” and the “criminalization” of politics.

In the country, the followers of Correa will make an attempt today to take the support to the former president beyond the social networks and have announced a march in the capital. (I)