The Divorce of Alvaro Colom was Authorized by Guatemalan Judge 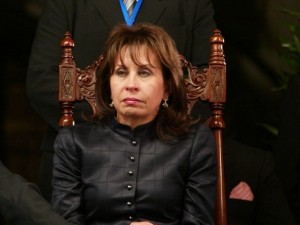 Justice of Guatemala ruled in favor the divorce between president Alvaro Colom and his wife Sandra Torres. This will allow the first lady to launch her presidential campaign in the September elections. Colom and Torres filed for a mutual divorce agreement on March 11. Their purpose was to overcome the legal obstacles since the former first lady aspires for the presidency.

The judicial action began three days after Torres announced her candidature for presidency with the support of the government party Unidad Nacional de la Esperanza (UNE) who recently made a deal with the party Gran Alianza Nacional (GANA). Since the Constitution prohibits to family members of the president to aspire capability of aspire the position of chief of State, the couple agreed to divorce. During a press conference Mildred Roca, head of the Second Court Family, announced that the presidential couple was legally divorced.

After the Second Court Family notifies the separation to the National Registry of Citizens in Guatemala, Torres would be able to register herself for the presidential candidature.