The economic forum expects to ‘honor the public debt’ 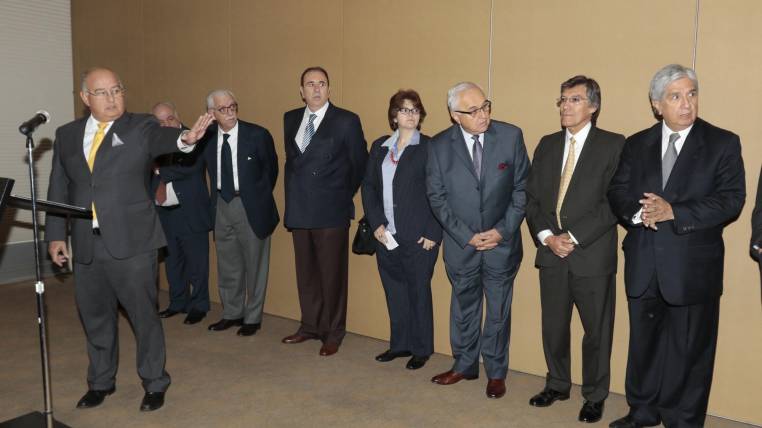 It may be irregular, but it must be fulfilled. That is the criterion of the members of the new Forum of Economy and Public Finance on the debt contracted during the Government of former President Rafael Correa.

Experts, including former ministers and academics, believe it would be detrimental to think of another alternative. It would be a mistake, for example, to follow the path that Correa applied between 2008 and 2009. He formed a commission that declared the debt illegitimate.

Among the effects of the questioned decision are the closing of markets, the distrust of creditors and the bad international image. That set the stage for Ecuador to increase loans, with negative conditions, from China. Mauricio Pozo, former Minister of Economy and member of the Forum, believes that declaring the public debt illegal, as the self-proclaimed citizen’s revolution did, would liquidate the intentions to improve the national economy.

There would be no lenders interested in putting their resources in the country. Therefore, he told EXPRESO, the “debt must be honored”, even though the conditions for obtaining it have not been the best. For him, the earrings should be studied from two perspectives. The first one is a legal one that will judge the conditions and effects that Ecuador had. That is in the hands of the Comptroller’s Office that announced, this week, an examination of the operations of Correa and his economic team. The other axis of analysis, said Pozo, is the technician. The contracts were signed and the country is obliged to pay.

The analyst and former assemblyman Pablo Lucio Paredes, agrees. He believes that the conclusions of the Comptroller’s Office will serve, from the technical point of view, to categorize the debt. That is, define the order and priority of payment. It is urgent, he explained, to pay the bills that generate more interest and to leave for later  without falling into carelessness he least harmful bills.

Another point in favor of the examination, according to the president of the consulting firm Finance and Cooperatives, Rosa Matilde Guerrero. She believes that the examination announced by the Comptroller’s Office will be positive for the image of the country if it compromises central government actions to guarantee transparency and a public policy that ensures payment. The drawback is that, to date, the 20 members of the forum do not find such economic policy in the administration of Lenin Moreno.

Bernardo Acosta, former vice president of the Chamber of Industries and Productivity, believes that the first step, after the results of the Comptroller’s examination, is to renegotiate the expensive debt. For that, he suggests, a formal approach must be established with multilateral organizations that offer loans in better conditions. Repurchase debt is a viable alternative, at your discretion.

The next step, coincides with his colleagues in the citizens’ initiative, is to implement a plan that prevents the state’s indebtedness from growing each year, as is the case until now. The forum will meet, next week, with President Moreno to suggest strategies to achieve said plan.

For the forum, the exit that the previous Government took was not adequate. Tax reforms to increase indirect taxes hurt Ecuadorians. The idea, they say, is not to resort to taxes and public debt.

The Central Bank and the rest of public financial entities must, in the opinion of the experts, maintain their autonomy so as not to compromise their finances and even dollarization. Independent management is an urgent departure.

The key to development lies in the promotion of the private productive sector. Rosa Matilde Guerrero suggests that the popular and solidary economy that only played a leading role in the previous government’s discourse be promoted. (I)