The EU asks for more controls on drug trafficking exports

Exports to the European Union (EU) grow (14% in 2021), but also concern. In the balance of 2021, the EU ambassador to Ecuador, Charles-Michel Geurts, assured that in three European ports there is a considerable increase in drug seizures: Antwerp (Belgium), Rotterdam (Netherlands) and Valencia (Spain). 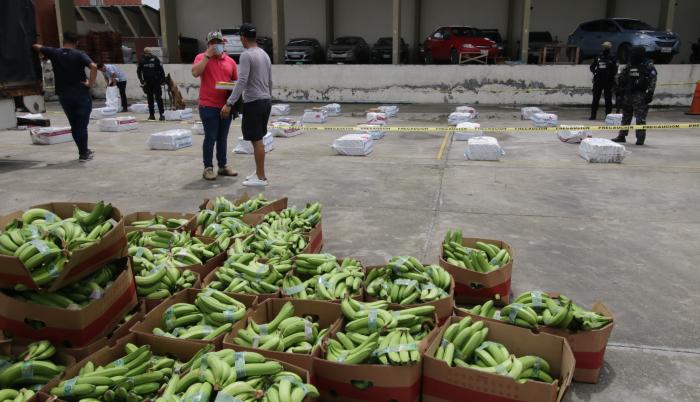 In 2021, 54,843 kilograms of narcotics were seized, according to data from the National Anti-Drug Investigation Directorate (DNIA).

And the situation continues to generate reactions in the EU. Last week, the Dutch municipality of Rotterdam indicated that it wants to check all containers with tropical fruits from South and Central America for narcotics, instead of the current random search that allows only 1% of the total to be checked.

“This generates, first, at this time, a surcharge on costs because there are additional procedures in the security validation processes that the products have to go through,” explained Xavier Rosero, current vice president of the Ecuadorian Federation of Exporters (Fedexpor).

Although the regulation is for Latin America, Ecuador will feel more affected, as it has a greater volume of food products that are exported to the EU, Rosero said.

The products with the highest incidence of this problem are fruits and wood, specifically teak, said the Fedexpor representative.

But beyond the higher costs that the new regulations may imply in European ports, the concern of exporters is the reputation in international markets, which is beginning to deteriorate, which may imply losses of potential contracts and even reduce participation in the market. European market or other destinations.

“We already have alerts of possible, potential buyers, who at this time are not interested in acquiring products from Ecuador, considering that this alert exists (…) They would have to face sanctions that could range from administrative to criminal,” he declared. the Fedexpor representative. In this context, buyers prefer products that have less risk of assuming that responsibility.

Even the President of the Republic, Guillermo Lasso, acknowledged last week that the country’s image had been affected by this problem. “There are already countries that claim that many containers arrive with drugs at their destination. Therefore, they look at Ecuador as a brand (with which) they have to be careful and concerned”.

This is because the seizure of drugs in Ecuadorian ports has multiplied. In 2021, 54,843 kilograms of narcotics were seized, according to data from the National Anti-Drug Investigation Directorate (DNIA). The amount doubled compared to the record for the year 2020.

The situation also affects other products, beyond wood and fruit, such as shrimp; Well, although for now there are no reports of cargo contamination, more meticulous controls must be passed inside the ports, said José Antonio Camposano, president of the Corporation of Exporters Guilds of Ecuador (Cordex).

Logistics costs have become more expensive because fruit exporters must hire private security in the process to avoid contamination of their shipments, explained José Antonio Hidalgo, president of the Association of Banana Exporters of Ecuador (AEBE) . According to Hidalgo, the additional values ​​per container reach $200.

The Government’s response has been the implementation of scanners at the ports to more easily detect possible drug containers.

On February 7, 2022, the National Customs Service (Senae) published the resolution that indicates the implementation of devices for reviews in sea and airports. In addition, the document indicates that in 30 days it will publish the list of temporary warehouses, ports, airports and border crossings that must adopt high-tech scanning systems.

Senae’s plan is to implement equipment to verify 100% of exports in a year.

Although the load must be reviewed, the situation worries the banana sector due to the costs that the measure would imply.

For example, the current rate at the port of Posorja is 35 dollars and if 100% of shipments are scanned, for 739 containers in five weeks (the average number of shipments from a large banana company), the cost would rise to $5,080. .  Currently $2,738 is already paid for this process, said the head of the AEBE.

“That would have a profound impact on exports. Now we have an inspection of 12% of the containers and going to 100% is going to increase my costs by 52.87%. And you have to consider that the competition (Colombia) does not charge”, explained Hidalgo.

The situation would aggravate the high costs due to taxes, more expensive inputs and logistical problems, said the head of the AEBE. In this context, they dialogue with Senae to look for other alternatives.

Another headache for exporters is that the scanner purchase plan could take more than a year and the country’s reputation will continue to deteriorate, Camposano warned.

Large-scale cocaine trafficking from Andean countries calls for intensifying international cooperation among law enforcement agencies, said a United Nations report published last year. For this, it would be useful to improve the control of containers, said the international entity.