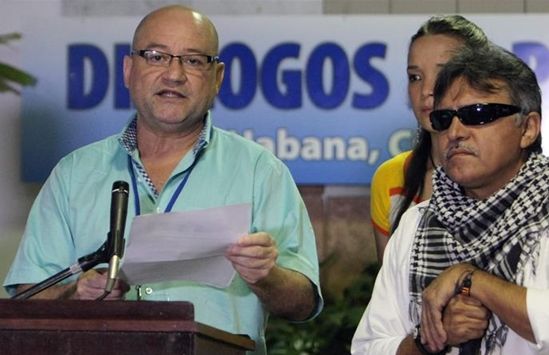 The FARC expressed on Sunday it is not a group of “drug traffickers,”stating that the government of President Juan Manuel Santos of Colombia may pretend make colombians and the world believe that.

“We have never admitted or will admit being drug traffickers or that the facts that form the complex phenomenon of drug trafficking be assimilated, as a whole, to the character the political crime and rebellion have,” said a FARC statement, read to the press in Havana by its commander Carlos Antonio Lozada.

Lozada, a member of the delegation of the FARC in the peace talks in Havana, said that during the Ibero-American Summit in Mexico a few days ago, Santos “alluded to political crimes, but associating it with drug trafficking.”

This creates a “conceptual distortion” that “confounds in the minds of Colombians and many people in the world the image of the guerrilla fighter and the drug trafficker,” said Lozada.

Thus, the guerrilla denies being involved in drug trafficking, but argue that many Colombian peasants have been forced to resort to illicit small crops due ti the poverty they live.