The farmers are challenged to recover production and sales 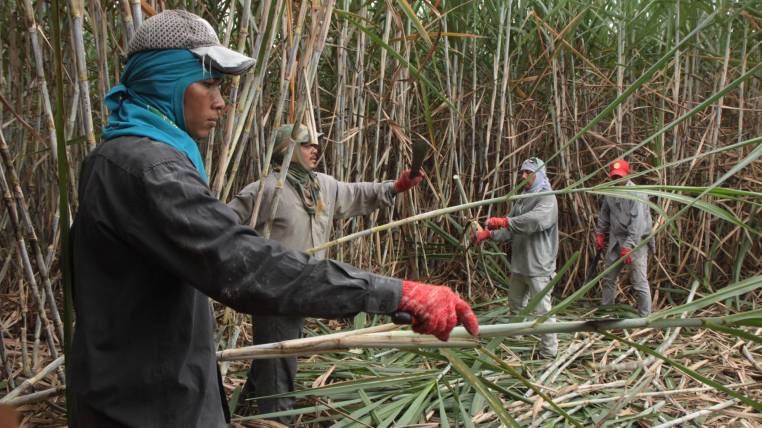 on the countryside, the machetes of more than 70,000 farmers have begun to sharpen and the cutting machines to be scheduled for the long days of June, month in which the sugarcane farmers officially start the harvest, a time of hope for this sector, more if it seeks to recover from a year marked by poor production and low sales.

Today, the first ‘machete’ will be given by the ingenuity Valdez, which in this new harvest estimates to produce 3’300,000 bags of sugar, 10% more than expected last year. This year, the winter has been more moderate, says Ernesto Gómez, manager of the sugar mill Valdez. A weight factor that allows them to make a better projection. “Last year the rain lasted and that caused the cane not to fully mature and not have much growth. A problem that affected the productivity levels of the sector in general. ”

Despite the effort of Valdez, one of the largest in the market, the production of the total industry could reach the same volumes of 2017: the processing of 560,000 tons equivalent to about 11,200,000 bags, enough to meet the demand of 10 ‘500,000 that have the homes and certain industries of the country. And this is because not all companies (especially the smaller mills) have projected an increase. Some still have a stock of product generated in the harvest of last year.

Miguel Pérez, president of the National Sugar Federation (Fenazucar), mentions that the industry is still trying to recover from the economic losses caused by the immeasurable sugar income from Colombia, a fact that did not allow everyone to adequately evacuate the production achieved in the past harvest and that, in many cases, caused the product to be sold at ridiculous prices. In its highest peaks, according to Fenazucar, the income of Colombian product came to represent 15% of national production.

Gómez mentions that this oversupply caused Valdez to register 10% less in sales, and that these poor results had repercussions “on the entire production chain, which is mainly made up of sugarcane growers, as well as suppliers of inputs and services”.

The San Carlos sugar mill is preparing to start with the cut in the last week of June. Roberto Rodríguez, Operations Superintendent of the firm, maintains that they will do so with 10% of the production stock of 2017. The goal for this year, he says, is to reach 3,700,000 bags, an amount that registers a minimum increase if it is compared to last year’s.

The expectation of the industry is placed, above all, in the commercial field. Even producers and industrialists expect to see the effects of the safeguard that the Committee of Foreign Trade (Comex) imposed on sugar imports. Pérez mentions that since April of this year in the sector, an annual purchase quota of 30,000 tons has been in place for the industries. The request for the authorities is that this restriction be maintained.

Not doing so, says Astolfo Pincay, president of the San Miguel sugar mill (which has a goal of 450,000 bags), would prevent prices from recovering. Currently, for a bag of 50 kilos is paid $ 32. Although that value is above the $ 27 last year, it still does not reach the $ 34 that is usually paid in the market.

This decrease caused the company to register losses of up to 40% in your billing. The big profits, he says, were taken by the Colombian industry, but also by the actors that act in the chain of intermediation. The prices of the products on hangers, which are destined for the final consumer, did not vary.

Of the 560,000 tons that the country processes, approximately 12,000 are destined for export, in order to meet the well-known American quota.

San Miguel and San Juan are the newest. They have 3 years in the market. San Miguel is preparing to set up a factory that will allow it to venture into the production of ethanol. (I)

Reforms to the Organic Law of Communication seek control of advertising