The favorites in the Champions League ensure the knockout round 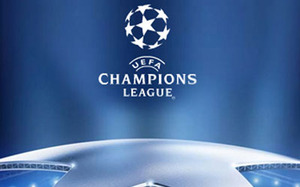 FC Barcelona, Real Madrid, Bayern Munich, Atletico Madrid , Manchester United, Paris Saint Germain, Manchester City, Chelsea, confirm their status as favorites and dominated their groups in which they maintain the first choice to pass to the second round of the European Champions League.

Lionel Messi was reunited with the goal and yesterday Barcelona defeated the visitor Milan with a final score of 3-1, thus sealing their ticket to the knockout stages of the Champions League for the tenth consecutive season.

Leading with 10 units, the Barça hopes to confirm its leadership in Group H in the remaining games against Ajax and Celtic, who lost 1-0 to the Dutch – with which the Milan would fight their entrance ticket.

Yesterday Atletico Madrid sealed through a fast track, their way to the second round thanks to their 4-0 win at home to Austria, Vienna in the 4th round of Group G, where they already have assured their place, now they must end first.

In Group E, Chelsea defeated Schalke with a final score of 3-0 with two goals from Samuel Eto’o and one of Demba Ba, while Basel and Steaua of Bucharest tied with one goal.

For the Group F, Napoli, with goals from the Swiss player Gökhan Inler and another of the Argentine player Gonzalo Higuain, won 3-2 at Marseille and stayed near the classification.

And in the other match of the Group, Arsenal defeated the Borussia Dortmundo with a score of 1-0, the English goal was made by Aaron Ramsey .