The flow of information is the touchstone in the Metropolitan Council 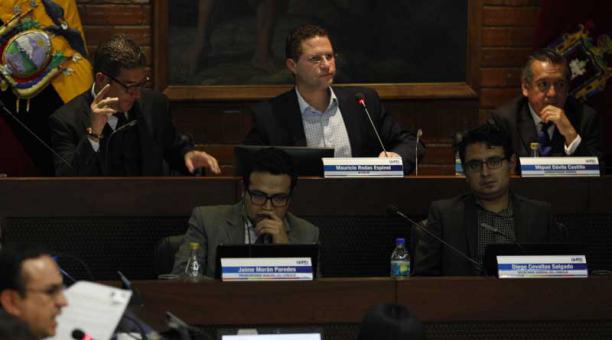 The requests for information to the Mayor and the way in which he delivers it to the Metropolitan Council have ended up generating questions regarding his administrative style. This collegiate body has on Thursday, January 19, 2017, an extraordinary meeting at the request of 19 of 22 councilors, so that Mayor Mauricio Rodas will provide information on his lightning trip to the United States, and the Mauro Teran case.

According to councilors of the Alianza Pais party and some independent ones, differences are due to the late delivery of information on the management of the city, and a particular style of policy making, covered by Section 91 of the Organic Code of Territorial Organization, Autonomy and Decentralization. This gives mayors full powers for their executive work in administration.

For the councilman Carlos Paez (AP), Mayor Mauricio Rodas is someone who does not contribute to the debate on transcendent issues. “He has a media speech he reads once he knows the result of the votes (…). He sets its agenda depending on political marketing.” Former Deputy Mayor and independent councilor Daniela Chacon says that the decisions made by the Mayor are known “through informal sources,” events, press conferences or in the media.