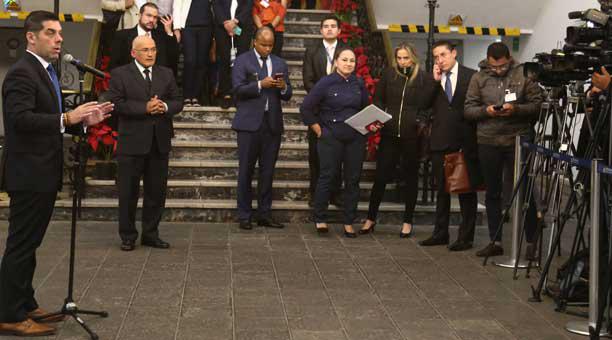 The Government polishes seven new models of contracts that propose changes to the working day and work schedules for certain activities, a policy with which it seeks to increase employment. Of them, the Ministry of Labor already presented five types of contracts to representatives of the productive sector, explained Xavier Sisa, legal director of the Chamber of Industries and Production.

These models are for tourism, banana, palm farming, agricultural and livestock activities. Some unions meet today (January 8, 2018), in Quito, to analyze the approaches. One of them is to establish a maximum of 100 hours of work per month, but discontinuous. For example, a hotel may hire a worker on Friday, Saturday or Sunday for the duration of an event. Currently, a worker works 160 hours a month distributed in five days, each a day of eight hours. Although the legislation establishes temporary contracts, the surcharge that is applied is 35%, which is not an incentive for the employer, explained Sisa. Another option proposed by the Ministry of Labor, especially for livestock and agriculture, is a daily six-hour day distributed over six days (36 hours).

The Ministry raises three conditions for the signing of these contracts. One is that they contribute in the generation of new employment or that they regularize informal activities. Second, is an increase in the payment of salaries between 15 and 20%, although it has not yet given details on how it will be applied. And that they are used for non-main activities of the companies.

The producers have some observations. For Richard Salazar, president of the Association of Marketing and Export of Bananas, it is essential that companies can migrate current workers to the new modalities. For this to be possible, the legal director of the Chamber of Industries and Production believes that it is not enough to propose new contracts, but to issue a regulation for each activity. Also, he suggested establishing a 40-hour day distributed over six days for the agricultural and livestock sectors.

Otherwise, a worker who works 36 hours is paid the same as one who completes the full day, which is discriminatory. Allowing the migration of current workers to the new labor forms proposed would make the work precarious, said José Villavicencio, head of the Workers’ Unitary Front. The workers ask the government to establish control to avoid this. The Minister of Labor, Raul Ledesma, clarified that the new modalities will be for the incorporation of new employees and not for those who already have a contract.

For Gabriel Recalde, academic director of the Center for Labor Policy Studies, two aspects of the discussion must be taken into account. One is that the 48 consecutive hours of rest are fulfilled and, second, the payment of the surcharge of 100% for overtime, in accordance with article 55 of the Labor Code. “The extra day does not have a limit, so it is necessary not to exaggerate its use to protect the safety and health of workers, especially in areas where physical activity predominates.” The Ministry of Labor also announced last week that the design of contracts for forestry and fishing areas is on the agenda.

The construction sector also expects to design a new type of contract lasting less than a year, said the president of the Chamber of Construction Industry (Camicon), Silverio Durán. Tourist sector The Government proposes an event contract, which includes a day of 100 monthly hours, which may be partial or complete. For the president of the Chamber of Tourism of Pichincha, Diego Vivero, the proposal is positive because now for the events is used permanent staff, with extra hours, or services of other companies.

The government proposal aims for a six-hour day for six days. The Government will establish specific modalities within the sector such as the contract for the floriculture sector.

In the dialogue tables, the floriculturists asked for a proper schedule for the sector, which allows them to distribute the 40 weekly hours of work Monday through Saturday.

The Government proposes a contract that includes working days with a maximum duration of 100 monthly hours, which may be partial or complete. The proposed deadlines for this type of contract can be between 90 days to a year. According to the Ministry of Foreign Trade, this sector constitutes 4% of Ecuador’s agricultural GDP.

The contract proposed by the Government proposes days of 100 monthly hours of work, which may be partial or complete. The daily work hours will be established according to the times of work in the year. According to Acorbanec, pawn crews currently work for several producers and do not have a permanent job.

The government proposal aims for a six-hour day for six days. In this case the system of effective hours can be applied, by means of which the day is divided into two parts (some hours in the morning and others in the afternoon). Within the sector, the Government will establish specific modalities such as the “milking contract” (I)

Carlos Ochoa must go to the Supervisory Commission