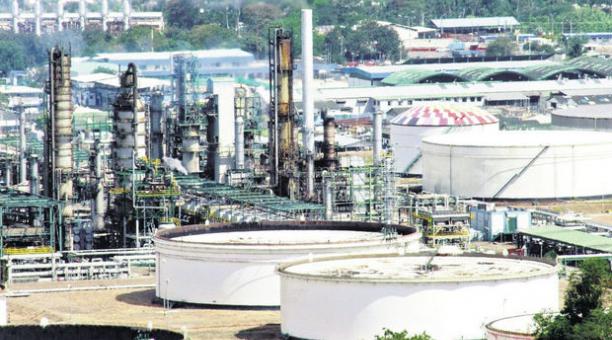 The Ecuadorian government requested the Interpol the dissemination of the red notice to arrest eight people who fled the country, by being linked in the alleged bribery offense that is being investigated in the Esmeraldas refinery and Petroecuador state oil company, in which the former Minister of Hydrocarbons, Carlos P. Y. is involved.

The measure was requested by criminal judge Karen Matamoros, after the linking diligence, which took place on October 21st, and where prison was ordered for 9 of 17 suspects in the crime of bribery.

Arturo E., Juan Andres B., Jaime B., Humberto G., Arturo P., Fabricio Y., Glenda M., are on this list, which also includes Carlos P. Y., who had traveled to Spain on September 28, according to the Attorney General´s office.
The decision was announced tonight by Interior Minister Jose Serrano; Minister of Justice, Leidy Zuniga; and the police commander, Diego Mejia.
In the press conference, they gave details of seizure operations, the confiscation of 15 properties, among which there are five Enterprises- conducted on Friday night in Quito, Guayaquil, and Esmeraldas.
The Executive decided to call the case ‘Black Gold’ and as part of the investigations they are verifying the legal status and shareholders and other twelve companies, “because these enterprises would have undergone changes during these months, or those shares would have been transferred to third parties,” Serrano said.
One example is a “trust fund that would belong to Jaime B., and was transferred to a sister who lives in Switzerland.”
Also, they are looking for 50 cars, 30 luxury cars, which would belong to the suspects mentioned above.