The image of the country goes through a silent scalpel 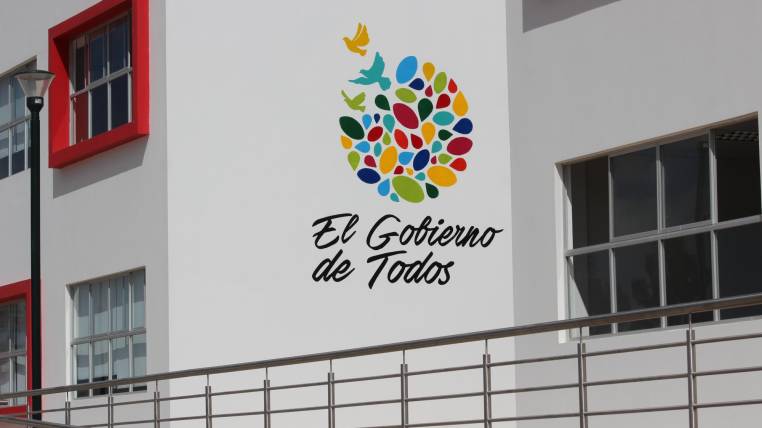 Neither decrees or explanations; the country brand, emblem sign of the Citizen Revolution, was diluted.It happened for the first time at the end of January. For its inauguration, the new hospital of the Ecuadorian Institute of Social Security of Manta showed off the colorful circle with its phrase of ‘Ecuador loves life’, which the government of Rafael Correa created and publicized in an unprecedented act as a symbol of the “new country “, but another circular axis, with birds and petals. Along with him a phrase of the president, Lenin Moreno: “The Government of all.”

Days later, the logo appeared in the hospital of Latacunga, in an educational unit of the Millennium, in Cochasquí, in a Community Police Unit, in Naranjal.

Is it another attempt by the Executive to separate its image from that of the Citizen Revolution?

So far, the only official data comes from the secretary of Communication, Alex Mora, who told a local media that “the country brand was misused because it was included in all government works, making it a brand of the former president.”

What is not clear is whether the new logo will also go to the international level, replacing “Ecuador loves life”, in force since 2010, and in whose promotion was invested nearly $ 50 million.

EXPRESO requested information on the modification to the Secretary of Communication, in charge since February of the institutional image of the Government. Until press time, there was no response.

For experts in political marketing this is an unnecessary measure. “Like it or not, Ecuador’s country brand is well positioned. It is one of the few cases in which there is a cohesion of the brand abroad and in the interior. It is indeed related to the previous government, but that characteristic can be used to introduce changes “, states Lorena Sánchez, director of the marketing consultancy, Palestra.

With her agrees Daniel Molina, another expert. “The country brand does not represent a government, the logical thing would have been to play with the slogan, not with the logo,” he said.

The sociologists, on the other hand, consider that it is an advertising act to set up ruptures between former President Rafael Correa and Moreno.

The Quito researcher Miguel Casal explains it this way: “They are governors with a very similar political line, and similar internal policies. This is an advertising need to establish ruptures, which are not really reflected in internal management decisions. In Venezuela, however, Maduro places Chavista advertising to establish continuity with the previous regime, which is not necessarily the case. ”

$ 16 million was the investment in the creation of the country brand ‘Ecuador loves life’, in 2010. This replaced a previous attempt, ‘Ecuador, life in a pure state’, which did not achieve the expected results. However, the high cost of the campaign plus the additional 44 million used to boost the brand abroad, added critics, who pointed out that the cost of the campaign was excessive.

But, the brand paid off. In 2013, the Ministry of Foreign Trade used it in about 200 export products. Two years later, the British consultancy Brand Finance, which analyzes the state of the country brands around the world, determined that it was among the 20 most recognizable in the world, with a value of $ 44,000 million. It remained until 2017, when it fell 14 positions and to a value of $ 36,000. (I)