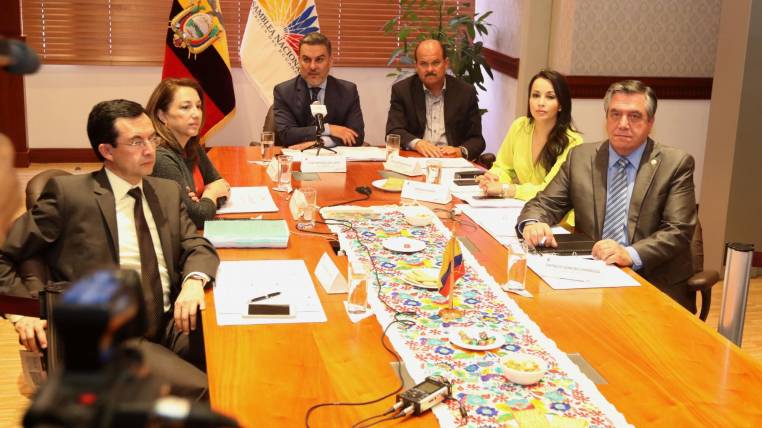 It’s time for definitions. The implementation of the decisions adopted in the popular consultation on February 4 must now operate. In the Assembly they know it and do not want to waste time. Today, the Legislative Administrative Council (CAL) plans to meet to form the Occasional Specialized Commission. The president of the

Legislature, José Serrano, explained that, even if they are issues related to the consultation, which are in effect immediately by the Official Registry or by Executive Decree, that others need the Assembly.

What should the Commission do?

The occasional body is arranged by nine members to manage the legal effects on the Council of Citizen Participation and the Law of Goodwill. At the moment, it has been confirmed that Assembly members Vicente Taiano (PSC), Daniel Mendoza (PAIS) and Guillermo Celi (SUM) will be proposed to join the Commission.

CREO will decide it through tomorrow’s session, just like the National Integration Block (BIN), although it is said that he would suggest Wilma Andrade. The elected legislators and the coordinators of the legislative blocs make it clear that he occasionally watches over the “will” of the popular will be fulfilled.

One of the most controversial issues is the elimination or not of the Goodwill Law. Opposition sectors say that the people voted to eliminate the law of the legal system. Meanwhile, government authorities argue that in the annexes of question 3 it is determined that there must be a new law.

Andrade believes that in the case is clear that the vote was because the law is repealed. But the president must send a new initiative where that topic does not appear.

Projects must arrive in 15 days

Once the official results of the consultation and referendum of February 4 are published in the Official Registry, President Lenin Moreno has 15 days to send the bills to the Assembly and implement questions 3 and 6.

The one must refer to the integration of the definitive Citizen Participation Council, for which a minimum legal adjustment to the Code of Democracy would be required; and, the other the derogatory to the Law of Goodwill. (I)