The Mayor’s Office, the springboard to lead the Social Christians 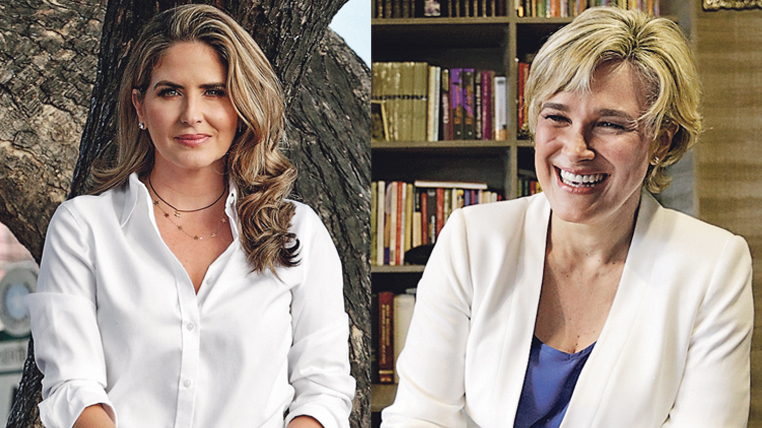 One thing is the Mayor’s office and another is the leadership of the party. It is a premise that the Social Christians have clear. They do not put into discussion the direction in the organization that will continue to exercise the mayor of Guayaquil, Jaime Nebot, after his announced “retirement from public life” (December 2014) and in the midst of an internal dispute over the search for a woman, Doménica Tabacchi or Cynthia Viteri, as aspirants to replace him in Olmedo’s chair.

While it is true that Nebot will continue to hold the leadership of the party, it is no less true that holding a candidacy and with the Mayor’s office (if the voters decide so) will place either of the two candidates in a privileged position to succeed him as head of the political organization. It is the conclusion reached by the political analyst from Guayaquil, Oswaldo Moreno. “What will define the leadership of the party will not be who wins the candidacy, but who wins the election.”

The political consultant, Camilo Severino, agrees on the revenue that any of the two candidates that will reach the postulation and probably the position in the elections of 2019 will win within the party. However, the Guayaquil expert does not believe that an effective succession of the head while Nebot continues inside the organization. “The very active political human being like Nebot retires only when he dies … I see very difficult that in this election it is defined who is going to inherit the leadership of the party … Evidently if one of the two becomes the mayor of Guayaquil it will have a great weight (within the party) “.

Daniel Molina, political consultant from Buenos Aires, subscribes in part to what Severino said. He believes that while Nebot continues in active political life, with or without public office, he will continue to lead and does not see another person in that position of the oldest party on the national board. Moreover, as a tip, suggests the PSC not relegate the figure of the mayor. “They should not bury it but exalt it,” he says.

If the contest includes that dye, it would explain the internal effervescence that has even moved to friction between supporters of Tabacchi and Viteri. A video that circulates on social networks evidences a discussion between followers of both precandidates during the delivery of repellent awnings by the Health Directorate of the Municipality of Guayaquil in a populous sector of the city.

Within the organization they do not talk about frictions, struggles or disputes, but about a process of selecting the best candidate for mayor. “The leadership of the party is not in doubt. There is a leader who is Jaime Nebot fully identified. The opening of the candidacies is respectable … The substantive issue is what normally happens in all the parties: you have to make a decision (for the candidacy) that will be made in October “, explains Susana González, vice-president of the party in Guayas.

Henry Cucalón, president of the Madera de Guerrero movement, allied to social Christianity, complements what was said by the councilor from Guayaquil by specifying that leaderships are not defined only in an election, and that Nebot is not only one within the party, but one suprapartist and convocation. “That leadership is given and is forging and I think that both have leadership skills. In general it is seen with a sum of actions, it is not something that automatically goes with the charge, “he says. (I)