The military claim their rights through different ways 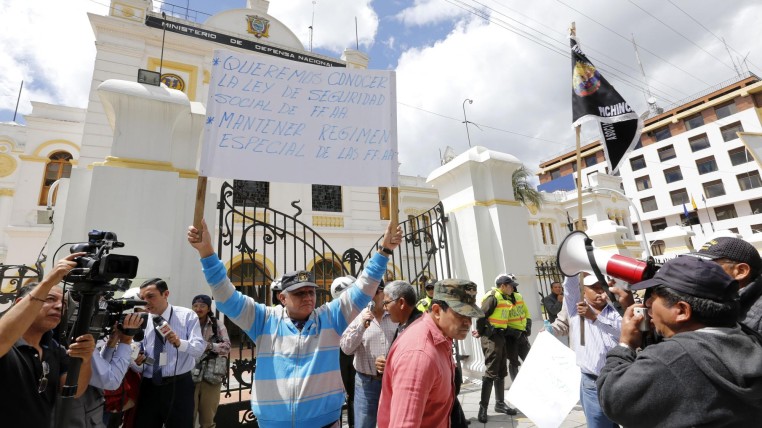 Street protests, claims of unconstitutionality and international actions. These are the actions those who oppose the pension reforms of the Social Security Institute of the Armed Forces (Issfa) will take these days.
The actors? Active and retired militaries. They consider that the Strengthening Act on the Special Social Security Regimes of the Armed Forces and the Police, approved by the Assembly, affects their rights.
The first protest will take place tomorrow, at 10:00. It is planned to be in front of the Issfa building in Guayaquil. The call circulates through social networks like Twitter and Facebook.
The aim? According to the support and strategic fronts of the Issfa and the Democracy, it is to reject the law. And now they have an extra motivation: to support General Luis Lara, who claimed the unconstitutionality of the norm and signed a request for precautionary measures before the Inter-American Commission on Human Rights (IACHR). He is on active duty.

Concentrations are also announced in Quito. The same that will be led by retired General Ernesto Gonzalez. The sponsor is Stalin Raza. The lawyer told to Daily Expreso that he is preparing the preliminary document that must be approved by the plaintiffs.

Captain Ortega has been serving a disciplinary sanction since yesterday