The opposition warns on media inequality 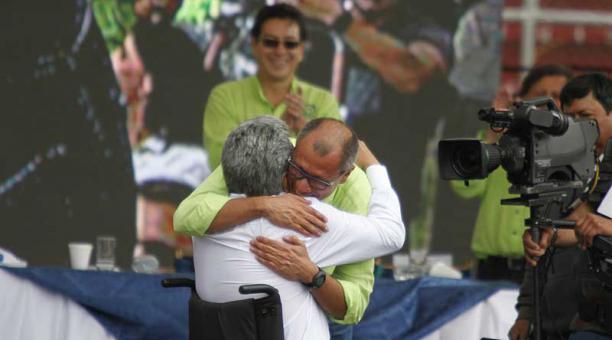 Article 115 of the Ecuadorian Constitution prohibits the use of state infrastructure for the election campaign. The opposition appeals to this standard to criticize the public media coverage of the Convention of the Alianza Pais party.
Ecuador TV and El Ciudadano TV as well as the seized media Gama and TC, transmitted live the event held at the Aucas Stadium on Saturday.

The claims arrive because at the same time, in the Plaza Belmonte, also in Quito; the Convention of the Agreement for Change was held. And Thursday, the Assembly of the Unity took place in Guayaquil. The three acts were intended to proclaim the presidential candidates of these political organizations. However, only the AP meeting was broadcast live.

On Saturday, on the occasion of this same event, there was no weekly address so the time slot that is usually used to transmit the accountability of President Rafael Correa was free and was used for the ‘Verdeflex’ Convention in Quito. Santiago Guarderas, director of the Social Christian Party (PSC) and constitutional lawyer, talks about an early campaign and the impact it can have.