The purchase of public went up in the era of Correa 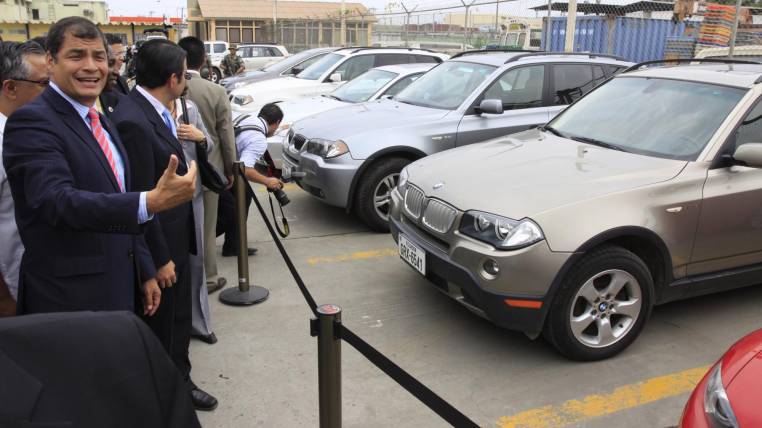 The public sector forgot to step on the brake in the purchase of vehicles during the government of former President Rafael Correa. The state’s automotive fleet soared in the past decade. From 9,110 in 2008, the country accumulated more than 25,184 cars for 2016. That is, 16,074 additional vehicles. The data, although alarming, could be worse due to the lack of control and planning.

A report by the National Service of Public Procurement (Sercop), of 2015, shows that entities of the Executive Function accumulate the greatest number of vehicles. The data, however, is unreliable because there is no real mapping of the public sector’s automotive fleet at present.

Real Estate, which will auction off 75 high-end public vehicles this year, does not have a general record. Its owner, Nicolás Issa, assured that each ministry, secretariat, municipality and prefecture has its individual registration.

Gabriela Larreátegui, Assemblywoman of SUMA, highlights this disorder as one of the causes for the misuse of vehicles and state waste. If there is no surveillance, he warns, everyone’s money will continue to be used inappropriately.

The Comptroller General of the State agrees. EXPRESO published on May 28 that Petroecuador’s automotive fleet accumulates irregularities due to unpaid registrations, fines and lack of revision. More than 50 units were reported for failures.

A similar case was registered at the offices of the Central Bank in Guayaquil.

This newspaper agreed to preliminary reports that account for the figure of 25,184 was exceeded in recent years. Only the Presidency of the Republic would have about 171 vehicles.

In the National Assembly, at least 42 official cars are registered. Larreátegui says that many of these assets are used to transport employees to their homes. That is, they do not fulfill a public function, but rather a particular one.

Richard Martinez, Economy Minister, told EXPRESO that the ministry’s car travels from Quito to Guayaquil for the minister to mobilize. That, although there is a car there. “I arranged that this does not apply.”

Comptroller, according to a special report released this year, and Sercop agree that the public oil company is the largest owner of cars in the public sector. It has about 1,090 cars. More than the Police and the Army.

Automobiles are the favorite model of the public sector. By 2015, the State (including sectional governments and public companies) had 11,125 automobiles. Patrol cars, on the other hand, only added 3,274 units.

Utility vehicles (for work) are also a minority. Heavy trucks, according to Sercop, total 3,890. That is, 15.44% of the total automotive fleet registered up to 2015. That was the total registered one year earlier. (I)