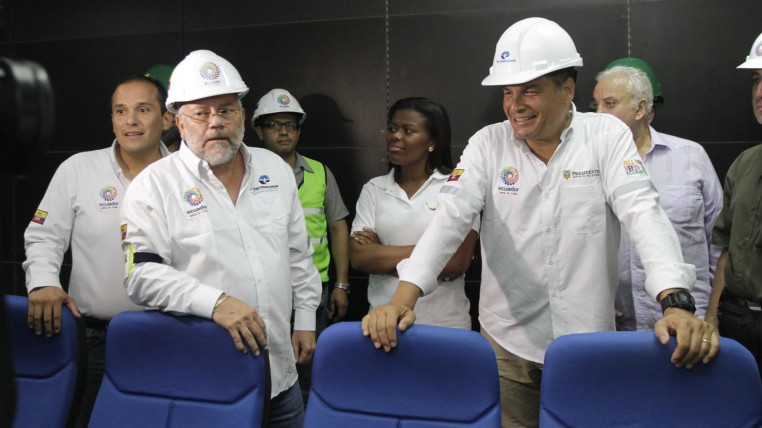 The Citizen Participation Council will be the last player to take a stand in the chain of responsibility around the case of Carlos Pareja Yannuzzelli. The fifth power of the State, on whose shoulders rests the appointment of the supervisory authorities, declined to comment yesterday on the questioning of the government party and the opposition on the management of one of the appointed officials. Attorney General Galo Chiriboga, who is accused of “delay” by both sides of politics.

The continued lack of public stands of the fifth power contrasts with the concert of accusations rehearsed by other senior State authorities.

“I have total suspicions,” says on this silence the opposition Assemblyman Diego Salgado (CREO party), who considers that the Citizen Participation Council should have “conducted an investigation. Where is the social control?” Now the spotlights are aimed at Chiriboga.

But the chain of responsibility that has allowed the escape of a former Minister of Hydrocarbons, his complete freedom of movement for almost a month after his official involvement in embezzlement. A figure of $ 14 million, and five months after being identified by the independent press, which discovered the case, origins are found there: those in charge of supervising the Attorney General.

And of course, Salgado added, “the Council of Legislative Administration is also responsible for this, it can not explain why it referred the case, from the beginning to the Commission of Justice and not to the Oversight Commission.” The difference between the two is that the latter is the fastest way to an impeachment, then, yesterday the government party discarded that the first attempt against Attorney General Chiriboga was halted.

Measures on screens and printers, from Today