The Secom is ‘exposed’ in two contracts 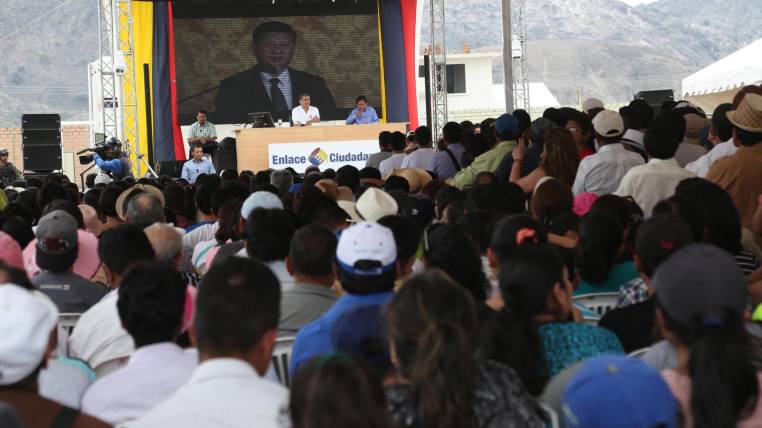 “Monitoring of all media that are opposed to the present Government.” That was one of the tasks assigned by the Secretariat of Communication (Secom), directed by Fernando Alvarado, to the ‘technician in audiovisuals’ hired in 2014 for the Enlace Ciudadano, which was transmitted in the Government of Rafael Correa. Víctor Hugo Erique Sarango worked between May and December of that year and was assigned to Loja, El Oro and Zamora Chinchipe. He charged $ 12,000 plus VAT.

The sui generis task assigned to the ‘audiovisual technician’ is not the only novelty in its hiring: auditors of the Comptroller’s Office suspect that in that contracting, as well as in what was done for a consultancy with the company Sartre Comunicación Integral Cía. Ltda., crimes could have been committed. On February 6, he sent a report with criminal responsibilities to the Office of the Prosecutor.

This document is an ‘advance’ of the general audit report on the expenses and contracts of the links, which is in execution.

How was the technician’s relationship?

In May 2014, Secom’s Human Talent management confirmed that he had the minimum education and experience requirements, although there are no documents to support that claim. The contracted officer had a bachelor’s degree in Chemical Sciences, worked at Radio Ciudadana, Secom and the Presidency.

He also had a certificate signed by Carlos Bravo Segovia, manager of the company Gota Azul Producciones and brother of Marco Antonio Bravo Segovia, then undersecretary of Institutional Media of Secom. The latter was in charge of closing the contract. Gota Azul, on the other hand, had a contract of $ 189,000 with Secom for the production of documentaries, channels and reports.

When the new ‘audiovisual technician’ began to work, he began to work on monitoring media such as Ecotel TV and the Luz y Vida and Satelital radio stations. But not only that, he also “infiltrated” the indigenous march of July 2014 to gather information of interest, he said.

He also closely followed the case of exlegislator Cléver Jiménez and followed the program ‘A quemarropa’ by journalist Carlos Vera. Some of those tasks were done by request, by authorization or by order of Carlos Bravo. The results were sent to Bravo (who used them in their own products) and to Secom for payment. The Comptroller’s Office suspects a “duplication of payments”. The “specialized technical service”, says the control entity, was not justified or used in citizen links. Erique Sarango died last January in a traffic accident in Loja.

The other case on which a criminal suspicion weighs is of 2013 and implies an exit of 52,000 dollars. In the contract with Sartre would be configured the falsification of documents, warned by the comptroller Pablo Celi last week.

Once again one of the protagonists is Marco Antonio Bravo, who was separated from the public media on Friday. In July 2013 the communication company presented a consultancy offer for the improvement of links.

That document did not specify which products to deliver. In the end, the Secom received a diagnosis, in-depth interviews, a review of sources, rating studies, as well as press releases on the links and their impact. Bravo justified the contract by ensuring that it was essential that the quality of the audiovisual material strengthen the Government’s policy and be transmitted with quality.

signed the delivery-receipt of the products. That document was not printed on the letterhead of the Secom and has the signature of Bravo. Only he says he did not sign it.

In the end, there is no evidence that this consultancy has been used to improve the links. For these two cases, the Comptroller Office appointed nine people: six former Secom officials and three suppliers. He asked the Prosecutor’s Office to open an investigation. He sees it as responsible, despite the delegations Fernando Alvarado was Secretary of Communication between June 2013 and November 2015.

He was also, for a whole decade, one of the closest men to former President of the Republic Rafael Correa. In September 2013, he signed an agreement delegating some administrative tasks to his national undersecretary of Communication. The Comptroller General, however, believes that Alvarado, as the person responsible for all the acts and contracts carried out at the Secom, must also answer to the courts. (I)