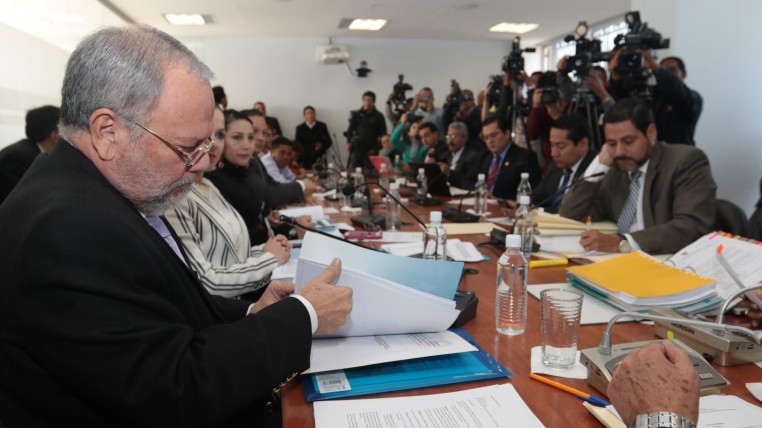 “I have no details,” responded the former manager of Petroecuador and former Minister of Hydrocarbons Carlos Pareja Yannuzzelli to Daily Expreso. Yesterday, this newspaper contacted him after the Prosecutor´s office linked him to the instruction that investigates Javier Baquerizo and others, for the alleged crime of bribery.
He is one of 12 people who will be incorporated into the file. Jacinto Tibanlombo, of the Specialized Prosecutor´s office of Public Administration 3, is in charge of the case.

Monday  the prosecutor requested the judge of Criminal Guarantees to set the date and time for the hearing and to notify the linkage request of Pareja, his former adviser, former officials of the state company and shareholders of several companies. In 2009, Pareja was representative of President Rafael Correa in Petroecuador’s board. Last May, when referring to the former official, the president said he knew him and “he is an honest man.”

Now, with the evidence obtained by the Prosecutor´s office through international criminal assistance, the former official was incorporated into the investigation.
The case? The Prosecutor´s office is investigating the transfers received by the transfers, of Alex Bravo, investigated for alleged illicit enrichment, and several contractors of Petroecuador.
The suspicion is that there are transfers sent by Girbra to the Escart firm, by the former advisor of Pareja, and the company Capaya company, whose beneficiaries are Pareja Yannuzzelli and his relatives, claims the Prosecutor´s office.
According to Attorney General Galo Chiriboga, the Panama Papers “disclosed information that was not even available in the country.”