The State used $ 893 million for works in two months 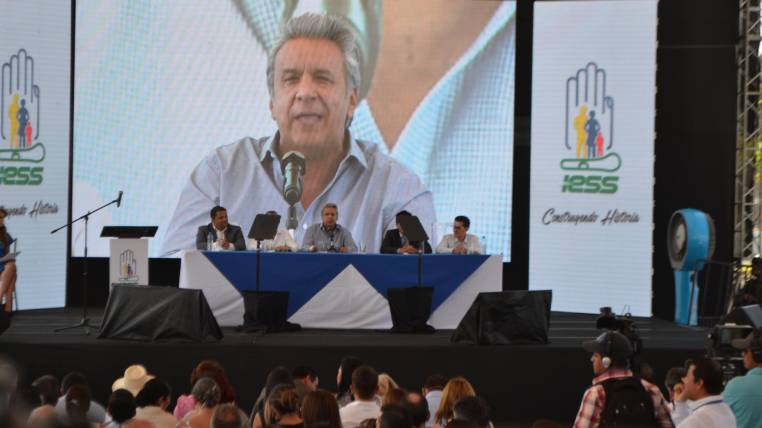 In speech, public spending must be significantly reduced by the delicate economic situation of the country. In fact, the state contracting of works and services with the private sector grew in the first two months of this year. An increase of 91 million dollars between January and February of 2018 and the same period last year.

According to information from the National Public Procurement Service (Sercop), in the first two months of this year 893.3 million dollars were awarded to the Government, municipalities, prefectures, social security and public companies. A year before, only 802.7 million dollars were allocated.

The increase responds, mostly, to investments of companies such as Petroecuador and the National Electricity Corporation (CNEL). In sectional governments, the Municipality of Guayaquil stands out. The Cabildo contracted works, between January and February, for 16.8 million dollars.

What works did you finance? One of the most important expenses of Guayaquil was the beginning of the Communicational Plan of the Municipal Transit Company of the city. 2.6 million dollars were used for that project.

The Prefecture of Azuay spent a similar amount (2.7 million dollars) for the improvement of the roads of the canton of Cuenca. In the list of sectional governments that also used resources for projects – through the public procurement service – are Chone, Orellana and El Oro.

The reduction of contracts of the decentralized autonomous governments is compensated – and even exceeded – by the cost of the central government and social insurance. The investments of the latter in hospitals and equipment caused a rise of 58 million dollars. It went from 40 to 98.2 million.

There is also an increase in the spending of the Lenin Moreno Government compared to the last months of Rafael Correa’s administration. The Executive entities, in the Moreno era, spent 212 million dollars. In January and February of 2017, during the last period of Correa in power, the cost of contracting works was 152.4 million dollars.

The difference is not only monetary, the destiny of the resources also changed. As he offered in the campaign, Moreno redirected the spending of strategic sectors to social welfare works, although he did not neglect either of them. The current president used 102.4 million dollars for social issues. The previous year they were only 43.8 million dollars.

Moreno also shot the hiring of public works for education and health. The increase in these segments exceeded 121%. For example, modern equipment was purchased for laboratory tests at the Vicente Corral Moscoso hospital in Cuenca.

A turn to transparency

The public procurement mechanisms also changed with the departure of Rafael Correa. Petroecuador, for example, abandoned the modality of specific business turnaround and opted for public processes and, according to the current authorities, “more transparent”.

The specific turn of the business allowed the management of the oil companies to negotiate directly with a private company.

The electronic catalog (public mechanism located on the website of the Public Works Contracting Service), the tender and the reverse auction were the most used methods for contracting public works. In total, $ 541.4 million were awarded through these three channels. By direct contracting, however, about $ 7 million was used. Another mechanism, although little used, was that of inclusive fairs.

Petroecuador: The largest buyer of the State contracted, for example, commercial service for the supply of oils, lubricants and fats. It included private advice.

CNE: The referendum forced the CNE to acquire centralized data communication and connectivity services in the electoral precincts throughout the country.

IESS: In the first months of the year, the IESS acquired a correction system for scoliosis and, in addition, purchased equipment for the Carlos Andrade Marín hospital in Quito. (I)

Seven narco-guerrillas operate at the border