The unknown enemy in unreachable ground 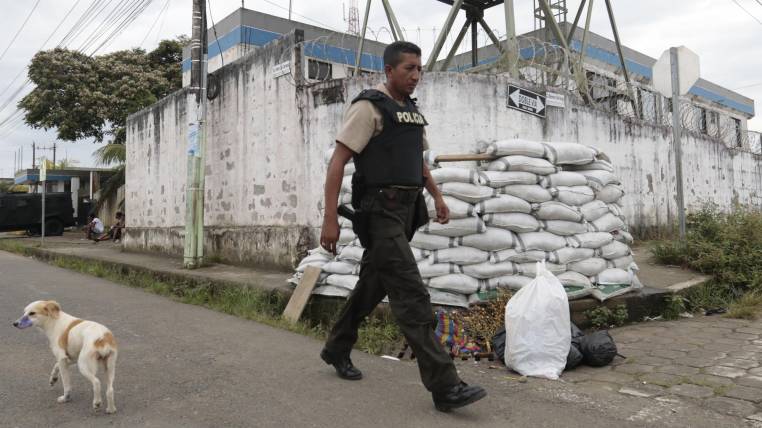 The irregulars sowed fear at the border. Police and military try to control.

The kidnapping was the last element that added to the atmosphere of fear that live populations of Esmeraldas, like San Lorenzo.

In that canton people are worried, but invariably the ‘official’ statement is that everything is normal. This is how they try to lead their lives. The secrecy when talking about the attacks, the deaths of soldiers or crossings of shots from the other side of the border is the constant, especially if there is a journalist in front.

Almost nobody wants to talk about that. Those who do require anonymity. Experts in intelligence, such as Colonel Mario Pazmiño, believe that what is being experienced is the beginning of an asymmetric war and that the area, for the moment, is ‘almost’ out of control. The former head of military intelligence describes this asymmetry as the fight between two structures: the ‘strong’, which is the State with FF. AA. and Police, and the ‘weak’, represented by the dissidence of the FARC, with reduced number and armament.

“The weakest apply irregular, atypical methods, explosive attacks, blasting of power stations and ambushes to patrols,” he warns. For him, what the ‘war’ unleashed by dissidence seeks is precisely to create panic and fear in the population.

But that ‘weak’ structure also plays with other advantages that ensure control of the area by other means: the property of haciendas, cattle, satellite technology and implements that allow it to survive without problems.

Pazmiño says that the FF. AA. and the police do not act, but are “reacting” because they have no intelligence of what happens in the sector.

For them, the entry of the irregular groups dedicated to drug trafficking and their terrorist practices is to confront “an unknown enemy”. Pazmiño describes it as ‘irregular’, which does not belong to another Army. The military, on the other hand, is prepared for a combat with a similar army. He insists that there is neither the proper preparation nor the equipment to face this new threat.

Perhaps, for that reason, although the Army and the Police watch the zone with controls and patrols, the population is distressed. Some, like those of El Pan, left their homes after the exchange of shots between the military and irregular. Paola Caicedo, the only teacher of the single-teacher school with 23 students, told EXPRESS that armed groups came to this town and, therefore, the area was militarized.

After the incident, most of the residents left, as did the military, he said. About 20 kilometers away, in Guadualito, a police and military control was installed that registers meticulously those who return.

The vigilantes have seen inconsistency in products and articles they try to enter. Unofficially, for example, there are families of four or five people trying to take whole boxes of tuna cans for supposed personal consumption. These excesses are not allowed because there is a risk that they serve to supply the irregular groups.

The same happens two kilometers from Mataje, in the detachment of the Navy. The control is rigorous and any news is reported to agents of tactical police groups that joined the control.

From Mataje, new vehicles leave and enter, without license plates, with occupants going to make deposits in banks.

In San Lorenzo it is an open secret that residents of communities with 200 inhabitants or less raised stores supplied, for example, with 100 pairs of boots each.

General Ernesto González, former head of the Joint Command, says there is a lack of a policy to address the border issue: there is abandonment, lack of basic services and sources of work. The population, he warns, is easily tempted to fall into the networks of drug traffickers. Police and military try to make their presence felt. They already installed fixed positions of elite groups in the port, center and south of the canton.

Journalists went to the embassy

A score of journalists came yesterday at noon to the Colombian Embassy in Quito.

The objective was to deliver a letter in which the situation of the newspaper group El Comercio, kidnapped on Monday in Mataje, San Lorenzo, Esmeraldas, is exposed.

In the letter, actions are requested from the Government of that country to secure the release of the hostages.

Yesterday’s action is one of several initiatives promoted by journalists from different media who are developing vigils and sit-ins to seek the release of their peers.

Among the signs of solidarity and support to the journalist team kidnapped in Mataje, Esmeraldas, came the one from the US Embassy in Quito.

The support also came for the families of the members of their team. “We pray that they will return safe and sound. We support the Government of Ecuador in its efforts to return them to their families and restore security at the border, “the Embassy’s Twitter account wrote.

There were also samples of support from international journalists’ associations. (I)