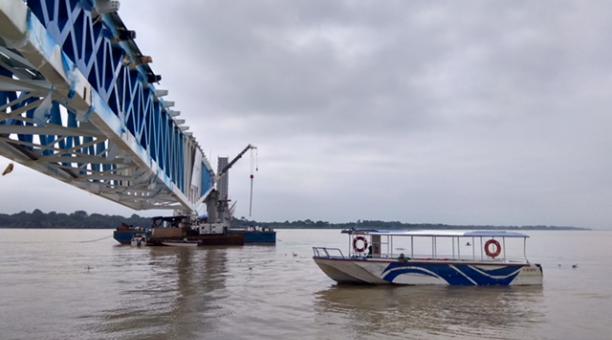 The Loja corvette, which is under repair by Astinave, suffered an incident on the pedestrian bridge that connects Guayaquil with Santay Island, in the south of the city.

The accident occurred on Friday, June 15, 2018 and is the third reported in the area. In a communiqué, the Ecuadorian Navy reported that due to the strong tide in the Guayas River the coup was blown against the viaduct under reconstruction; this after previous accidents, also generated by ships.

The second impact occurred on May 15, 2018, in the middle of the reconstruction work on the bridge; on that occasion the Manabí corvette put the structure at risk. The Government of Guayas, the Ministry of the Environment, the Works Contracting Service (Secob), the Ministry of Urban Development and Housing, among other public institutions, coordinate the arrangements of the bridge that serves the “comuneros” and tourists. (I)