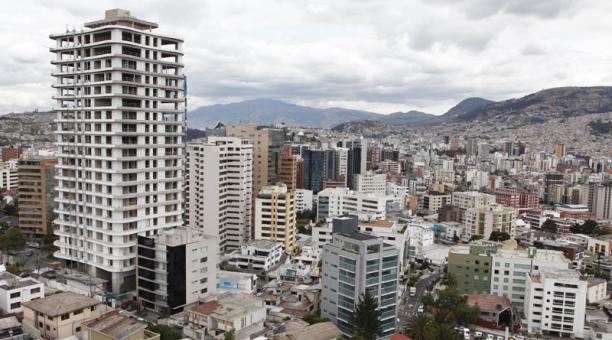 One of Quito’s development goals is to become a more compact city. After the closing of the old airport, a series of city ordinances that tends to a vertical growth of the city was issued. Although there are two 30-story building projects in progress, there is still no evidence of a radical change in the District, according to the Association of Architects of Pinchincha and estate developers.

The 23-store building under construction Yoo Quito, which until now is the highest in Quito, stands out on the González Suárez Avenue. But Jaime Rumbea, of the Association of Real Estate Developers, clarifies that most of these buildings began to be built before the enactment of the Capital Gains Law and the city ordinances for special urban architectural projects.

In his view, the two rules generate taxes, and this discourages real estate investment. Isolated projects are underway, but the big ones stopped. Rumbea explains that no special project has been carried out for a year and a half because the second debate of the ordinance was approved on September 1, 2017. Real estate projects recorded a 30 % drop in 2016 compared to 2015. (I)