Early in the afternoon the government reached an agreement with the transporters to avoid any cease of activities. President of National Transportation Union of Taxis (Fedetaxis), Jorge Calderon assured yesterday the suspension of the strife that was going to start next Monday.

According to the manager, this decision was taken after the a meeting between the representatives of the guild, the Coordination Minister of Politics, Doris Soliz and Angeles Duarte, Minister of Transport along with other government officials. Calderon stated that the mobilization will began on Thursday, October 7. “When the second and definitive debate of the Transit Act is treated with the National Assembly.”

Currently the representatives of public transportation guilds started to elaborate their own list of requests. Transporters left aside Ricardo Anton, chief executive of the National 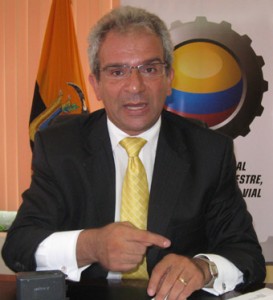 Terrestrial Transport, Transit and Road Security Comision (Cntttsv), since he never complied any request for the guilds. Drivers are asking for an increase of 30% for transportation rates, at the same time they reject the Act 130 of the Código Orgánico de Ordenamiento Territorial, Autonomía y Descentralización (Cootad). This Monday during the demonstrations representatives demanded that the government re analyze this Act.

Manager Nelson Ortiz said that the Act of Cootad hinders the transporters who are going to finance the budget for the county council. While Manuel Tejada, another manager of Guayas, expressed that the drivers are tired of being plundered by the politicians of the government. Calderon was most energetic on this saying that the Cntttsv work at a slow pace and doesn’t correct traffic related mistakes.