Trial against Ricardo Rivera is no longer public 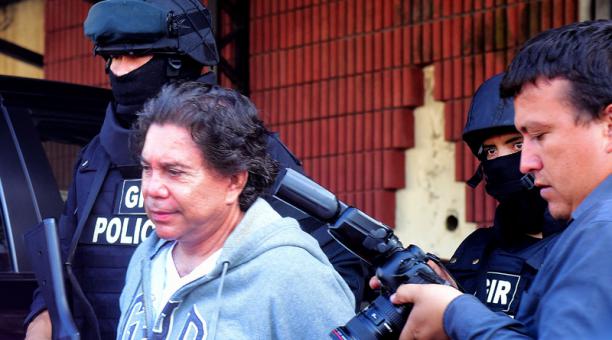 The judicial file opened against Ricardo Rivera, uncle of Vice President Jorge Glas and five other people linked to the Odebrecht case is now reserved despite the fact that it had gone through the preliminary investigation phase and the investigation formalized. The decision was taken by the judge of Criminal Guarantees of Pichincha Patricio Baño through an ordinance published last Monday. In the text, Baño explains that the request for the reservation was requested by prosecutor Diana Salazar, of the Anti-Corruption Unit.

The press will not be able to accede to the judicial proceedings. Salazar investigates an alleged crime of criminal organization that operated for the Brazilian construction company to pay bribes to state officials for the award of public contracts.
Following this court decision, the Bar Association of Pichincha, through its website, asked yesterday, June 21, 2017, transparency in the Odebrecht case.
For Professor Gabriel Ponce, “the argument of the judge is erroneous because the illicit association is not a crime that violates the structure of the State.”

“(The Odebrecht case) is a crime of public action and has nothing to do with matters of State security. On the contrary, making it reserved affects one of the most important principles of a Constitutional State: transparency and the fight against corruption,” contends Ramiro Avila, a professor of criminal law at Universidad Andina. (I)