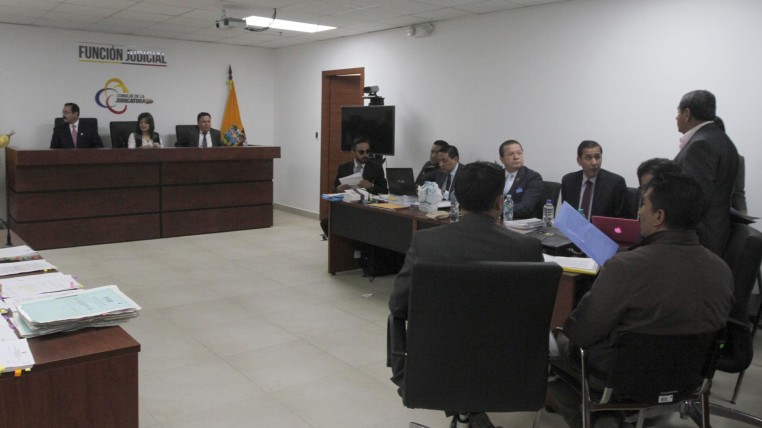 Tulio Muñoz and Diego Arellano await the notification of the judgment of theFrequencies case to sue the State for moral damages.
They and Marcos Parraga, a former member of the Council for the Regulation and Development of Communication (Cordicom), were acquitted last Monday during the adjudication hearing for the alleged crime of illicit association, whereby the office of the Prosecutor refrained from accusing them.

Both Muñoz, of the Manabi Corporation of Radio and Television, and Arellano, owner of a company that manufactures compact discs, were detained; The first for three months and the second for six months, for a presumption of illicit association for the illegal sale of radio frequencies that, according to their lawyers, the office of the Prosecutor failed to prove and therefore a sentence for acquittal was issued.

According to lawyers Luigi García and Ivan Durazno, the office of the Prosecutor had partly supported the accusation based on the tracking, photographs of encounters and the unsworn testimony given by businessman and singer Gerardo Moran, in the pre-trial stage, in which Moran indicated that him and Muñoz had delivered $ 40,000 as part of a total contribution of $ 200,000 to obtain a radio frequency.

Garcia and Durazno say that during the sworn testimony, issued at the trial hearing, Moran stated that the money was not intended at obtaining frequencies, but at conducting studies and analysis of a project and the purchase of equipment.
Thus, according to the opinion of the defense attorneys and the Attorney General, witness Gerardo Moran threw away the court argument, although his defender Diego Camacho assures he has not recanted.