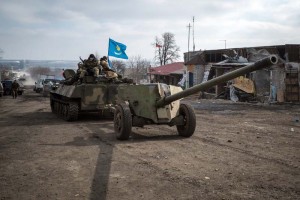 The spokesperson for the pro-Russian,Darya Morosova, saidthey have already exchanged with the military leadership in Kiev, lists of prisoners names.

Meanwhile, to the city of Debaltsevo, now in the hands of the insurgents, a convoy ofRussian trucks came with help.Yesterday, the warring parties again accused them of violating the ceasefire. EduardBassurin, a spokesman for the pro-Russian,noted that especially in the area of Donetsk, the Army fired against their positions.

The pro-Western leadershipin Kiev rejected the accusations and spokesmanAndrei Lysenko said that in the last 24 hours 40soldiers were wounded.