UNHCR: Fighting in Iraq have left nearly half a million displaced people 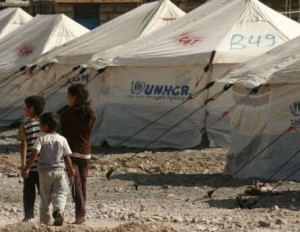 Fighting between the army and rebels have left so far this year nearly half a million displaced civilians in Iraq, according to the UN High Commissioner for Refugees (UNHCR).

According to Adrian Edwards, UNHCR spokesman, “the number of displaced could be higher”, because only in the Al Anbar province, northwest of the country, violence has forced more than 50,000 families to leave their homes.

Edwards specified, “although the Iraqi authorities had suspended the counting of displaced people for security”, it was estimated that, in May 2014, there were about 480,000.

In Al Anbar and Salah al-Din (center) it is concentrated the large majority of citizens who have had to flee their homes, followed by Erbil, Kirkuk and Sulaymaniyah (north) and finally the capital city, Baghdad.