Vice Minister of Health: ‘The pandemic is not over, it is starting’ in Ecuador

The Deputy Minister of Health, Xavier Solórzano, was decisive in the virtual press conference on Tuesday 28: “The pandemic has not ended, it is beginning. Let us not be careless, let us not let our guard down, all be vigilant and act soon. ” 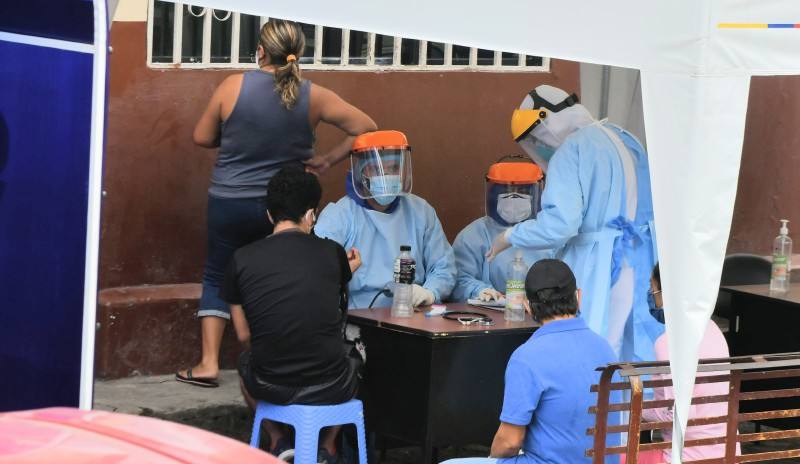 Vice Minister of Health: ‘The pandemic is not over, it is starting’ in Ecuador

He said it after analyzing the statement of the minister of the branch, Juan Carlos Zevallos, last Sunday, who asserted that 60% of Ecuadorians (about 10 million people) will be infected with coronavirus in approximately 120 days, although he later explained that the time contagion could last up to a year.

Solórzano indicated that the “herd immunity” (reaching the maximum number of infections to achieve immunity) must occur in a long time so that hospitals are not saturated and there are not too many deaths. But his claim that the pandemic is just beginning comes almost a week after he and Minister Zevallos said that the contagion plateau, that is, the highest peak, was being reached in Guayaquil and that the curve would begin to stabilize. and would be about to descend.

They themselves argued that throughout the country, and especially in Guayaquil, emergency calls to ECU911 and 171 had lowered their numbers; Likewise, emergency care in hospitals had declined. Yesterday, Solórzano warned, however, that this is just beginning.

The report of the results of the tests taken and those infected by COVID-19 began to be presented incomplete since last Friday.

Information is no longer provided on the cases confirmed by each of the cantons, nor is the national cumulative trend line for infections, based on the date of the onset of symptoms of each patient, as it was started from 7 April and presented it until Thursday.

The figures reported on Tuesday by the Government Minister, María Paula Romo, indicated that 64 558 samples for coronaviruses had been taken up to that time, divided between the PCR (molecular biology) tests and the rapid tests, such as antigens, which measure exposure to the virus; and serologicals, which detect antibodies or proteins produced by the immune system to attack viruses.

Although 24 258 positive cases were recorded in the report, only 15 728 correspond to confirmed infections after performing the PCR test; the remaining 8,530 positives are the result of rapid tests.

“The diagnosis of the coronavirus is made by PCR tests. This test when it gives us positive is absolutely clear, trustworthy and definitive that the person has been infected with the virus, there is no doubt. That is the test that allows us to identify the number of cases that we are reporting, ”said Deputy Minister Solórzano.

“The cases reported by province are real and effective, they are the definitive diagnoses of the number of people we have managed to identify and do the test. That does not mean that there are no more infected people, because not everyone can access the test, “said Solórzano. (I)