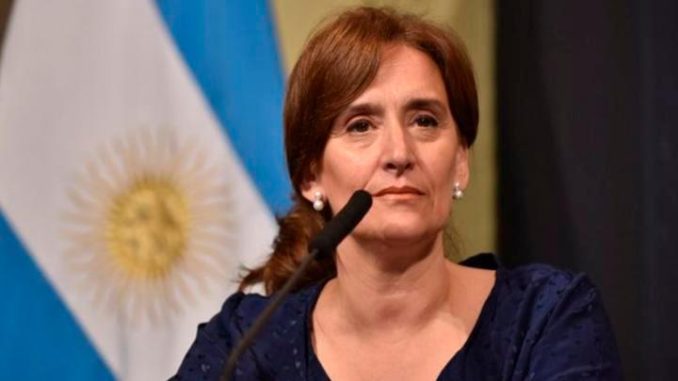 The Ecuadorian president, Lenin Moreno, today held a working meeting in London with the Vice President of Argentina, Gabriela Michetti, who highlighted the policies implemented by the Government of Ecuador on disability.

According to an official statement issued by the National Secretariat of Communication (Secom), the second Argentine president stressed that the model applied in the Andean country is a reference not only in the region, but in the world.

Both Latin American leaders met on the occasion of the First Global Disability Summit taking place in the British capital under the auspices of the International Disability Alliance, together with the Government of the United Kingdom and the Executive of Kenya.

“A huge pride is to have President Lenin Moreno at this summit. We are happy that he represents Latin America, “said Michetti at the conclusion of the meeting, according to the note.

At 65, Moreno was bedridden in 1998 after suffering a point-blank shot in Quito by criminals who assaulted him, losing mobility in both legs.

His physical condition has led him to promote pioneering policies in the country on disability and to act as special envoy of the Secretary General of the United Nations on Disability and Accessibility.

The Argentine vice president, in a wheelchair for two decades when she suffered a car accident that left her paraplegic, added that “President Moreno took the stance of disability policy,” and stressed that one of his achievements has been to regenerate the self-esteem of people with disabilities and their families.

Highlighted that currently Argentina is promoting the field of disabilities as a national policy, and hopes to exchange positive experiences with Ecuador through a cooperation agreement. (I)