Villavicencio ‘They want me as a prisoner to prevent further revelations of corruption.’ 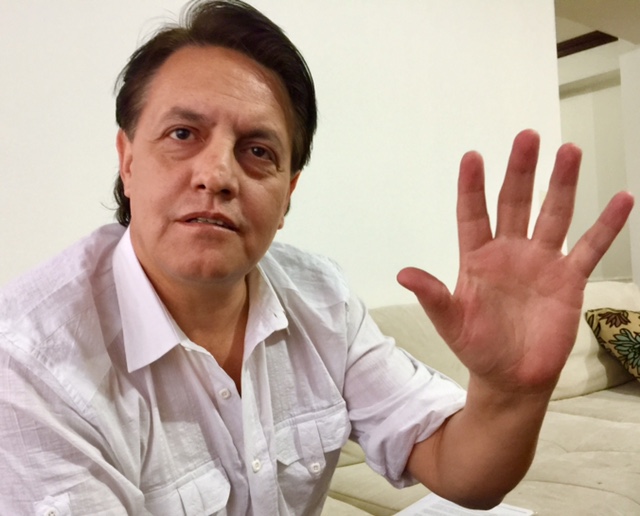 Fernando Villavicencio revealed the corruption in the Esmeraldas refinery. One of the many cases he has researched and published in Focus Ecuador. A journalist and a politician, Villavicencio currently faces two trials installed by the ruling party, which seeks his imprisoned. The 4Pelagatos website talks about his situation.
On his legal case, he states that there is no precedent of the “brutality with which they have persecuted my family and me in this decade and at all levels: moral, judicial, economical .. My wife can not work. My daughters either. It is an infamous use of the state to try to break me. They can bend but not break me.”

He claimed he provided information on corruption in the negotiations of the Pacific Refinery to digital media; In particular the construction of La Esperanza aqueduct and contracts with the SK company of South Korea.”