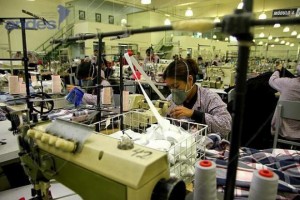 2016 will be a year with adjustments in payrolls and costs in private companies. It is also expected that wages increase less compared to previous years, according to analyzes exposed in the presentation of results of the 2015 General Remunerations Survey by the consulting company PricewaterhouseCoopers (PwC).

The document also makes clear that 20% of companies surveyed this year (263 private companies) have still not make clear how much wages will rise and are waiting indicators such as the announcement of the unified basic salary increase.

During the event, which took place yesterday in Guayaquil, emerged the necessity of being “creative” to lower costs and be efficient at the time to reduce payrolls.

Caridad Arosemena, manager of Human Resources of Fadesa and part of the panel that discussed the challenges to be faced by companies in 2016, explained that we must convey clear messages to employees. For example, if cuts are made in a month to reduce costs, recruitments should not be done the following month.

For his part, Javier Villacis, Director of Human Resources of Dole, remarked that in adverse economic times companies must strengthen their management team, strengthen middle management and boost the morale of the company.

The exchange stamp, another restriction