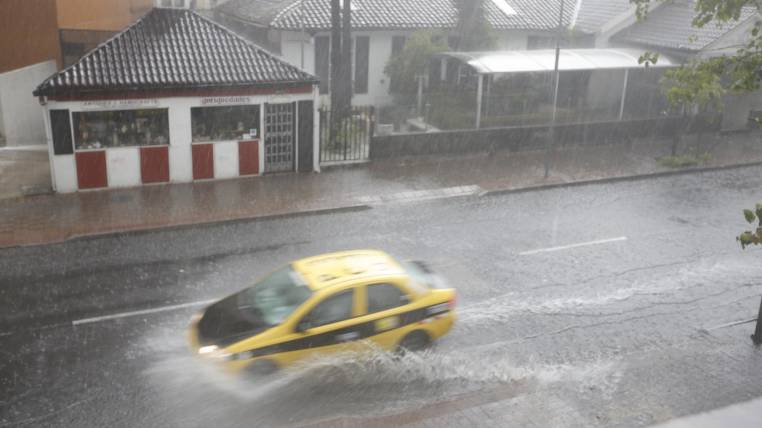 On the afternoon of May 3, the capitals suffered the onslaught of rain. The intensity of the precipitations caused the clogging of the sewers in some sectors of Quito.

One of the problems that was most present was the accumulation of water. Of ten events that entered the emergency lines, nine turned out to be because of that inconvenience.

The other was, on the other hand, the fall of electricity cables on a vehicle. Specialized personnel advanced to the point (the address was not specified) to verify whether or not there were injured people.

Routes such as the Ten of August, Eloy Alfaro, Mariscal Sucre, among others, were the most affected. The groups that were formed went to places such as the depressed pass in La Y, north of Quito, where there were floods. While in the overpasses of the Eloy Alfaro (northeastern area of Quito) there was also a similar problem. There, the accumulation of hail forced to close the way for vehicles that circulated in the sector.

After the storm, the depressed passage of the United Nations and August 10 was enabled and the water went down in different parts of the city.

“Quito looks like a European city” were the kind of comments that appeared on social networks after the rain had passed. In photographs and videos we could see the white hail mantle that remained in several sectors. (I)