Who benefits from the China-United States tariff dispute? 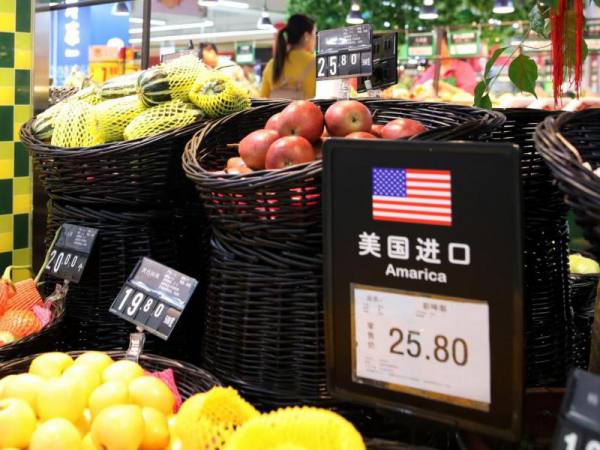 China’s threat to raise tariffs on US exports could be disastrous for US soy producers, but a big help for its competitors in Brazil and Argentina, as well as good news for some Mexican industries.

In making a list worth $ 50 billion, regulators selected products that China can obtain elsewhere, such as soybeans and small aircraft, for possible response in a trade war with Washington.

This would help minimize China’s losses if US President Donald Trump goes ahead with his proposal to raise tariffs and Beijing responds in the same currency, said Lu Feng, an economist at the National Development School of Peking University. .

“Compared to the US list, which focuses on high technology, China’s is more diversified,” Lu said. “The impact on China’s overall economy is under control.”

Other potential winners are developing countries that could replace China as a supplier to US markets, according to William Jackson of Capital Economics.

Mexico produces many of the goods that have been subject to US tariffs on Chinese exports, such as televisions and electric circuits, it said in a report. South Korea, Malaysia and Thailand export semiconductors and other technologies.

“To the extent that tariffs result in the United States importing those goods from other places, other emerging markets could benefit,” Jackson wrote.

Neither party set the date on which the tax increase would take effect. Trump approved a tax increase for Chinese telecommunications, the aerospace industry and other technology products, but opened a deadline to negotiate its listing until May 11. The Chinese authorities said that their timetable depends on what the White House does.

For the moment, the exchange of threats has affected businesses around the world. The actions of US exporters of aircraft, agricultural machinery and grain sank on Wednesday after Beijing released the list of 106 products that would be affected.

Others rebounded for a possible 25% increase in the increase in Chinese imports of beef, electric vehicles, industrial chemicals, orange juice or tobacco.

The losers, which include Chinese consumers who could suffer a rise in the price of food, could outperform the winners.

“This will definitely affect my choices,” said Wang Xiaoyu, a 20-year-old student in Beijing. “For everyday needs, cell phones or electronics, you’re more likely to choose national brands or products that have the same price as Americans. before the rise “.

Although importers who buy large quantities of soybeans and other US products may have problems meeting their demand, these gaps would create business opportunities for rival suppliers.

“The obvious ‘winners’ would be other large suppliers of these products,” explained Adam Slater of Oxford Economics in an email.

The biggest impact of the Chinese tariff increase would fall on soybean producers in the United States. China accounted for almost 60% of its exports and reported revenues of 12,400 million dollars in the fiscal year that ended on August 31.

Farmers in Brazil, Argentina or Australia could meet the needs of Chinese buyers who use soy to feed livestock or to make cooking oil.

The 25% increase in taxes on pork, whiskey and tobacco from the United States could open up business opportunities for producers in Europe, Russia or Japan. (I)