Workdays could reduce to 30 hours per week 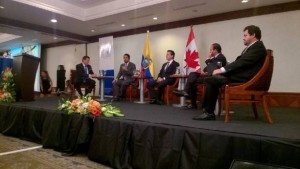 The reduction of a workday from eight to six hours per day or 30 hours per week with the possibility that ten hours per day get grouped in just three days. This is one of the options that the Government is currently analysing because they want to include it on the laboral reforms proyect with economical Characteristics that he will send to the Assembly.

The Production coordinator minister, Vinicio Alvarado, said that the option of the ten hours per day for three days will work for the enterprise, so that the entity will decide to closet he production and will lower their costs. Yesterday in the afternoon a meeting was provided in order to talk about the proffer.

About the unemployment insurance, he insisted that he doesn´t know how it ended, bt he said that one of the options was to take a part of the severance contributions so that they can be destined to an unemployment fund.