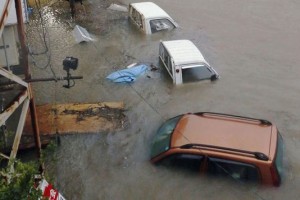 Japan has suffered the ravages of Typhoon ‘Halong’, which so far has left a total of 10 dead and 2 missing, dozens injured, nearly 500,000 evacuated and hundreds of flights canceled.

After its arrival in the Japanese sea during the weekend, the typhoon left the Japanese archipelago this morning, according to the Japanese Meteorological Agency (JMA).

Despite this, the alert remains in several regions of the north and center of the country because strong winds and heavy rains are still expected.

When the typhoon continues to evolve towards the northwest with a trajectory next to the northern island of Hokkaido.

Halong dropped torrential rainfall of over 1,000 mm in the prefectures of Mie, Kochi and Tokushima, all them in the south of the country, where several villages were completely flooded.