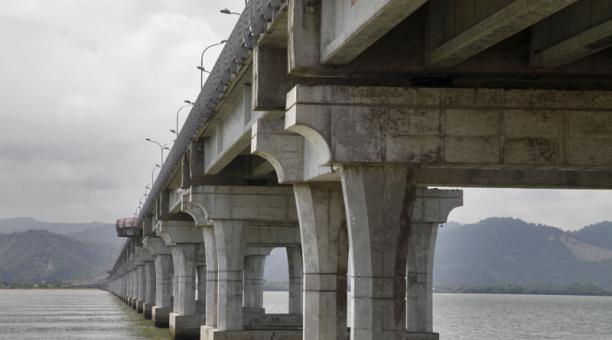 The installation of 160 seismic isolators in Los caras bridge, in Bahia de Caraquez (Manabi), was crucial during the earthquake of last April 16. This was indicated by engineer Marcelo Romo, who led the design and remodeling of the structure with the Army Corp of Engineers.

The afternoon of Monday, May 3, 2016, technicians, construction and structure experts unveiled how the bridge resisted the 7.8M earthquake and its aftershocks that shook the northern coast of Ecuador, mainly in the provinces of Manabi and south Esmeraldas. The exhibitions were held in the hall of the Luis Segovia library of the Polytechnic School of the Army (ESPE).

During his presentation, Romo indicated that the seismic isolators were imported from the United States. They were placed between the bases of the bridge that are under the water and the route where vehicles circulate. “The bridge was subjected to peak accelerations on the ground, that exceed the 35% of of gravity. A conventional design would not have resisted this force,” said Romo during his presentation.